The phase II ANCHOR CRC study, the largest prospective study of BRAF inhibitor–based therapy as first-line treatment of metastatic colorectal cancer, has met its primary endpoint, with 47.8% of patients with metastatic colorectal cancer responding to first-line treatment with encorafenib, binimetinib, and cetuximab, according to Eric Van Cutsem, MD, of University Hospital Leuven in Belgium.

Overcoming the Disparities in Cancer Survival Among AYA Minority Patients

Although the National Cancer Institute (NCI) has identified adolescents and young adults (AYAs) with cancer as a distinct patient population from children and older adults with the disease, research into the diagnosis, treatment, and survivorship specific to this patient population has not kept pace with research on childhood and adult cancers. There is also little research to help understand the unique biologic and genomic characteristics of malignant tumors in adolescents and young adults—defined by the NCI as those between the ages of 15 and 39—and how those characteristics may be hindering greater survival improvement in this patient population compared with younger children or older adults with cancer.

By the time my non–small cell lung cancer was diagnosed in 2004, it had already reached stage IIIB, and I was told there was little that could be done for me. I was 56, a wife, the mother of 3 children, and at the peak of my career as president of Olympian Oil. Although my aunt, brother, and grandfather had all died of lung cancer, I knew very little about the disease, and the diagnosis came as a shock. In fact, the symptoms I had been experiencing—shortness of breath and a pulsating feeling in my chest—were initially believed to be caused by a heart problem but were actually the result of a tumor in my left lung, which had wrapped itself around my aorta, making the cancer difficult to treat.

In relapsed or refractory B-cell lymphomas, bispecific T-cell engager antibodies are finding a place in the treatment algorithm, said Christopher Flowers, MD, MS, FASCO, Professor and Chair of the Department of Lymphoma/Myeloma at The University of Texas MD Anderson Cancer Center, Houston.

As the coronavirus (COVID-19) continues to spread, ASCO is committed to providing the most current information and resources to its members and the larger oncology...

Efficacy of Risk Calculator in Treating Elderly Patients With Cancer 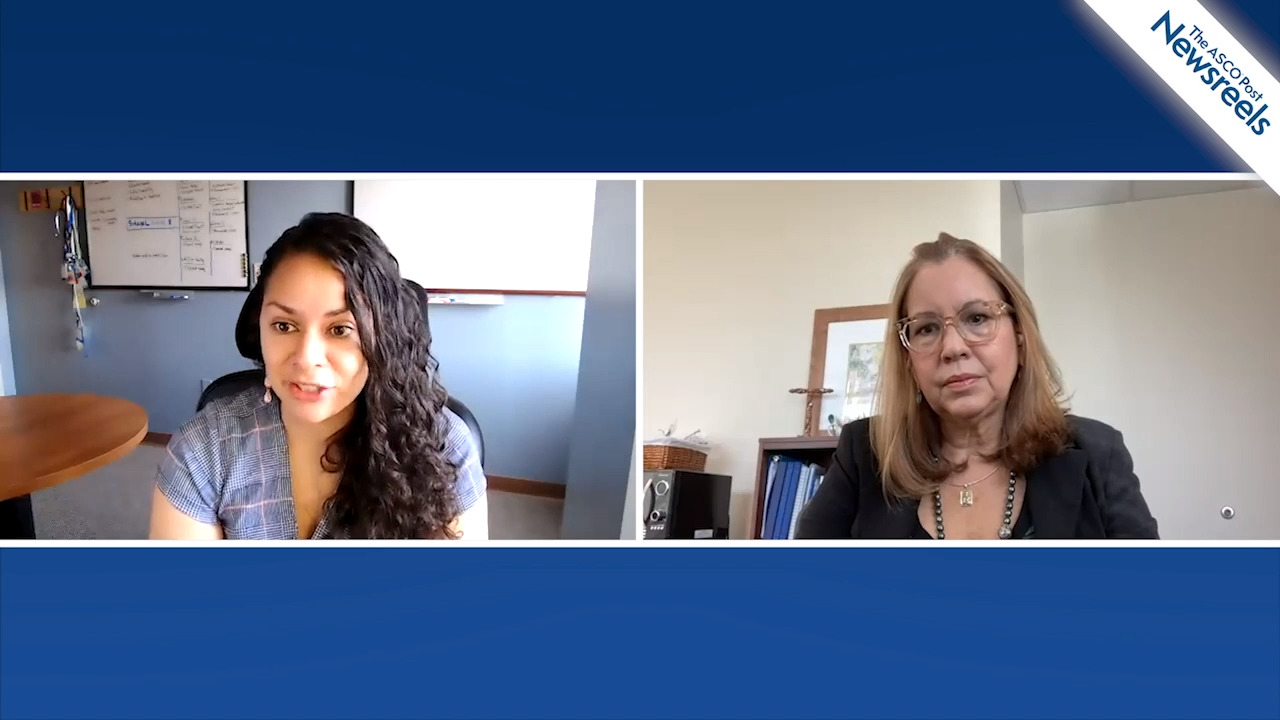 Narjust Duma, MD, and Gladys I. Rodriguez, MD, on A First for Hispanic Women: Formation of a YIA for Latinas

An odor-based test that detects vapors emanating from blood samples was able to distinguish between benign and pancreatic and ovarian cancer cells with up to 95% accuracy, according to a new study presented by Johnson et al during the 2021 ASCO Annual Meeting (Abstract 5544). The findings suggest...

A study by Duffy et al in the Journal of Investigative Dermatology reported on specific gene variations affecting the number and types of moles on the body and their role in causing skin cancer.  “The goal was to investigate the genetic underpinnings of different mole classes, or... 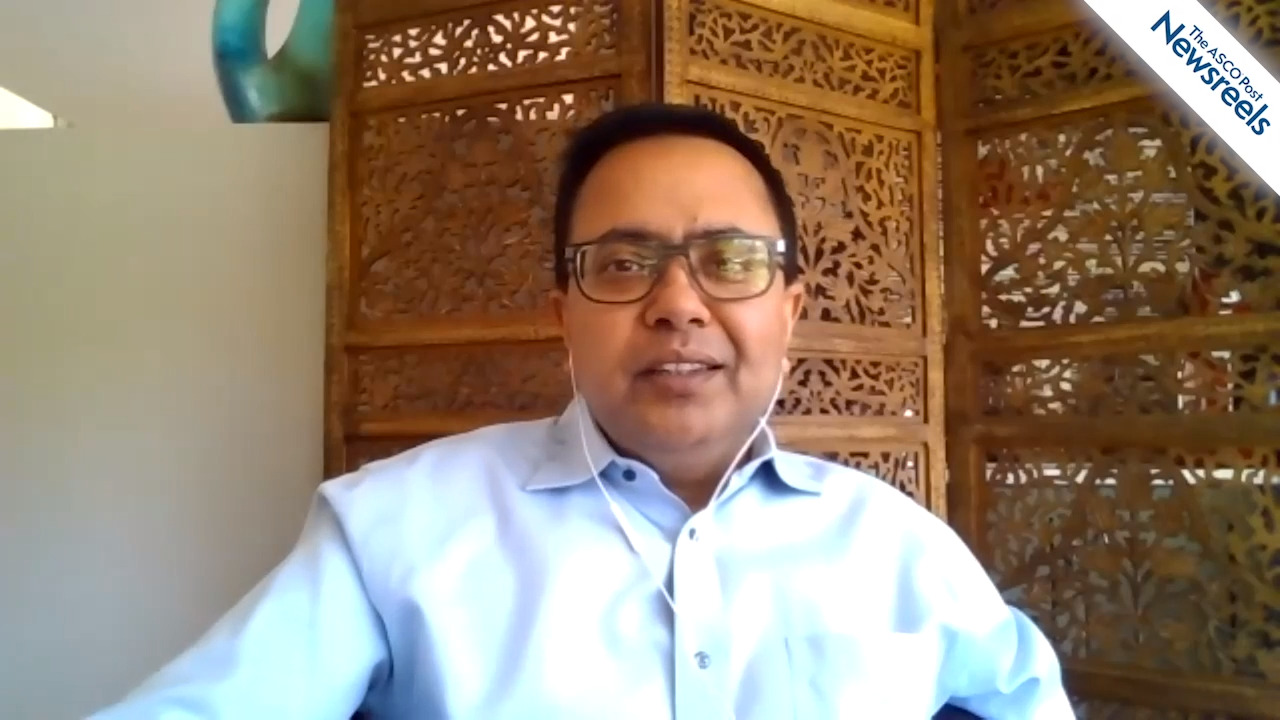 Neeraj Agarwal, MD, on Treatment Patterns and Disparities in Patients With Prostate Cancer

In the longest follow-up results from a clinical trial of combination immunotherapy for metastatic melanoma, investigators report that nearly half the patients who received the drugs nivolumab and ipilimumab were alive at a median of 6.5 years after treatment. These long-term results from the...

In a study reported in The Lancet Oncology, Ranganathan et al quantified the enormous impact of the COVID-19 pandemic on delivery of cancer services in India. Study Details The study involved data from 41 cancer centers across the nation. The delivery of oncology services between March 1 and May... 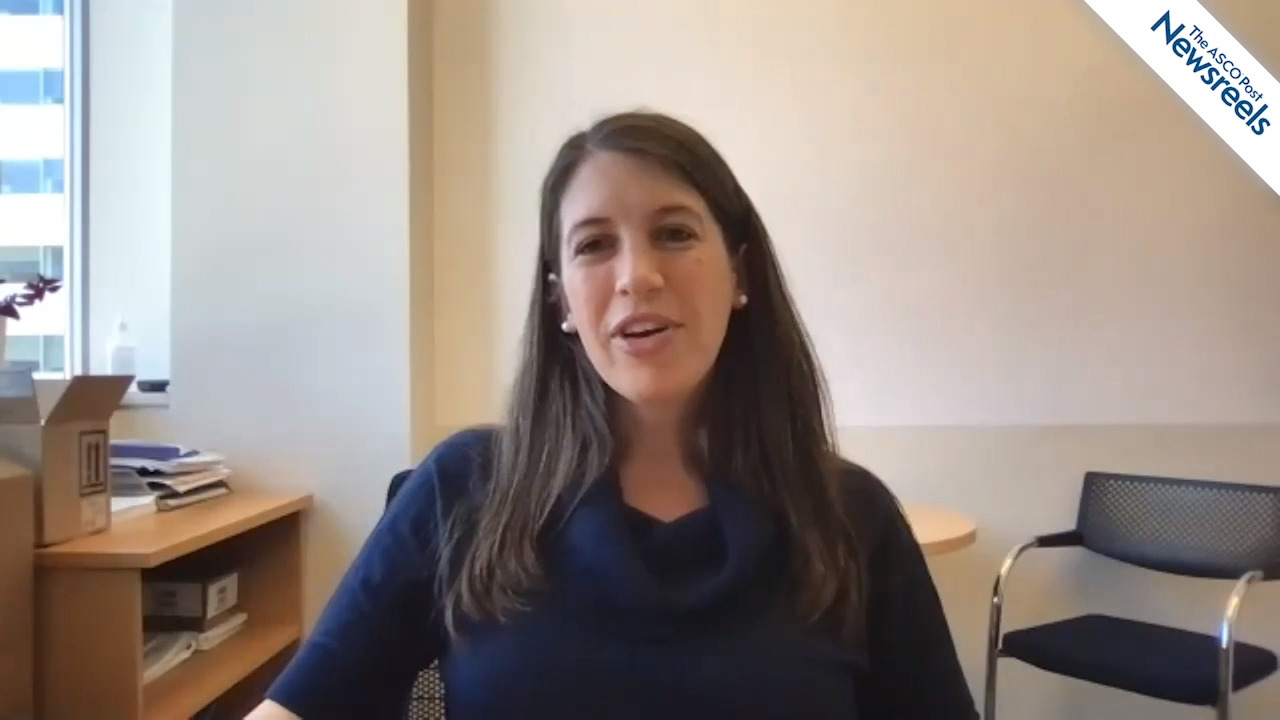 Katelyn T. Byrne, PhD, on the Clinical Impact of T-Cell Inflammation in the Tumor Microenvironment

A large retrospective study of real-world patients with renal cell carcinoma (RCC) showed similar survival outcomes for patients with intermediate- or poor-risk disease regardless of whether they were treated with the combination of axitinib plus pembrolizumab or ipilimumab plus nivolumab. These...

about 56 minutes ago via web

Are Rates of Hepatocellular Carcinoma Rising in Rural Areas of the United States? https://t.co/4MUxoUQaCH #hpbcsm… https://t.co/nFWOtyLsyj

about 2 hours ago via web

about 3 hours ago via web

about 4 hours ago via web

about 20 hours ago via web