Presented During the ASCO 2013 Plenary Program 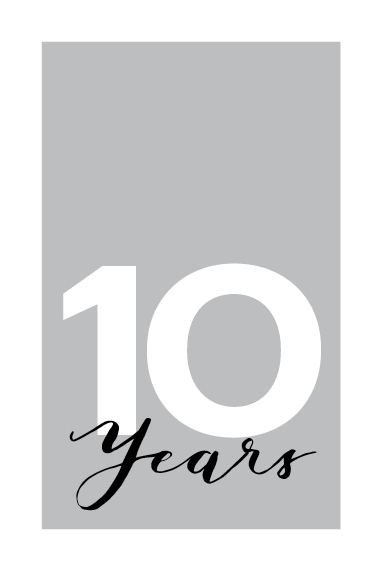 In 2013, at the ASCO Annual Meeting Plenary Session, it was both surprising and encouraging in the era of personalized medicine for cancer care to hear about a simple low-tech intervention delivered by women in the community that cut the rate of death from cervical cancer in India by about one-third.1 The intervention, a simple visual inspection after acetic acid (vinegar) is applied to the cervix with a cotton swab, could prevent about 22,000 deaths from cervical cancer in India each year and close to 72,000 deaths each year in the developing world.

At the 2013 ASCO Annual Meeting, Jyoti D. Patel, MD, spoke at a press conference: “Today’s results show that progress can happen at both ends of the technology spectrum—from cutting-edge drugs to the simple use of vinegar to detect cervical cancer. Using primary health-care workers and a simple technique saved lives. Congratulations!” Dr. Patel is Associate Professor of Medicine at Robert H. Lurie Comprehensive Cancer Center of Northwestern University in Chicago. “This study has tremendous implications for women around the world, because cervical cancer affects the most disadvantaged women in every society,” she added.

Education Is Key to Screening

“Cervical cancer is the number one cause of cancer-related death in India and in most parts of the developing world. But in the developed world, the incidence has declined due to screening. There is no national cancer screening program in India, and Pap screening is not feasible because of an inadequate infrastructure, high cost, and other factors,” explained lead author Surendra S. Shastri, MBBS, MD, DPh, DHA, Head of the Department of Preventive Oncology at Tata Memorial Centre in Mumbai, India.

The study included more than 150,000 women from 20 poverty-stricken clusters in Maharashtra, a state in western India. Aged 35 to 64 years and with no history of cancer, the women were randomly assigned to undergo screening by visual inspection with application of acetic acid to the cervix (n = 75,360) or no screening (n = 76,178). The screening technique was performed by women in the community who had at least a 10th grade education and good communication skills.

It takes 1 minute to obtain results from the screening test. After vinegar is applied to the cervix, if white areas appear in or near the transformation zone on the endocervix and/or ectocervix, the result is considered positive; if not, it is negative. The paramedical community workers were trained to perform the technique over a 4-week session.

Surendra S. Shastri, MBBS, MD, DPh, DHA, is currently Professor in the Department of Health Disparities Research, the Division of OVP, Cancer Prevention and Population Sciences, at The University of Texas MD Anderson Cancer Center, Houston. Dr. Shastri has been dedicated to preventive oncology and public health initiatives for more than 25 years. Between 1997 and 2014, Dr. Shastri served as Professor and Head of the Department of Preventive Oncology at Tata Memorial Centre in Mumbai, India. Dr. Shastri also served as Head of the World Health Organization’s Collaborating Centre for Cancer Prevention, Screening, and Early Detection and often serves on its expert panels for cancer and noncommunicable diseases.

“Before education, these slum communities were naive in terms of screening for any kind of health condition. We had to pass through several levels of community values to gain acceptance for our program. This included talking to religious, community, and political leaders. Once the program was accepted, communities provided places for health education and a clinic to ensure a sense of ownership among the communities,” he told listeners.

The incidence of invasive cervical cancer was similar in the two groups: 26.7 per 100,000 in the screening group and 27.5 per 100,000 among controls. Dr. Shastri pointed out these results showed that screening did not lead to overdiagnosis.

The ASCO Post launched 10 years ago at the 2010 ASCO Annual Meeting. In celebration of the milestone, we’ve been publishing a retrospective series of article selections, looking back at some of the highlights published over the past decade. This article, “Simple Rapid Vinegar Test Cuts Cervical Cancer Death Rates by One-Third in Rural India,” was originally published in The ASCO Post on June 25, 2013.

“This screening program is widely implementable in the developing world and gives immediate results, which is important in rural areas, where women might have to travel hours to see a doctor,” Dr. Shastri said. In the area where the study was conducted, primary health workers were the only ones available to deliver the screening test.

The authors of this study plan to train primary health workers to provide visual inspection with acetic acid screening every 24 months to all women aged 35 to 64 in the state where the trial was conducted. The Indian government is also working to implement the screening technique throughout the country and plans to partner with other countries in the developing world to offer training resources.

Formal discussant of the 2013 ASCO Plenary Abstract 2, Electra D. Paskett, PhD, Professor of Medicine at The Ohio State University, was enthusiastic about the trial results and the potential of visual inspection with acetic acid screening, as well as low-cost human...