Cognitive Impairment in Patients with Cancer 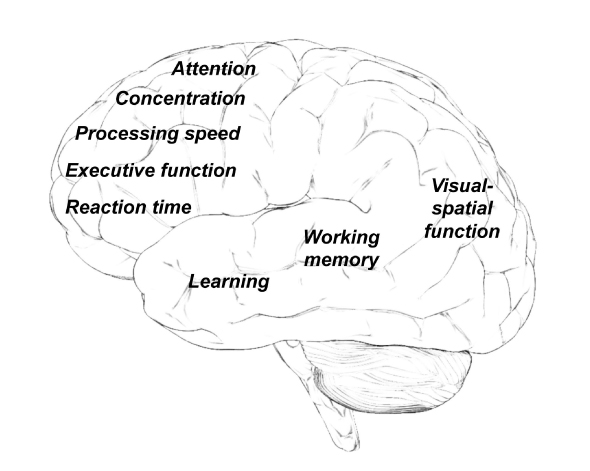 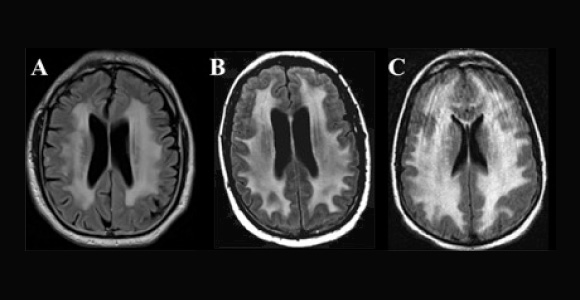 Cancer therapy, including radiation and chemotherapy, can be harmful to multiple organ systems. The central nervous system (CNS) has generally been considered less vulnerable to the toxic effects of cancer therapy. However, the use of more aggressive treatment modalities combined with prolonged patient survival have led to an increasing frequency of acute and delayed neurologic complications.

Cognitive dysfunction has emerged as one of the most puzzling and concerning adverse effects in patients with cancer who are treated with chemotherapy. In pediatric patients, neurocognitive adverse effects have long been recognized as a major problem in long-term survivors. Similarly, longitudinal studies in adult cancer survivors suggest that cognitive dysfunction is more common than previously anticipated. Reported incidences range from 15% to 80%, depending on the study design and the sensitivity of neurocognitive tests used.

While some earlier studies have been criticized for their retrospective design and lack of cognitive baseline assessment in affected individuals prior to start of chemotherapy, more recent and prospective studies have confirmed that cognitive deficits occur in a substantial number of patients with cancer.1-3 The most compelling data exist in patients with breast cancer, where studies suggest that 20% to 40% of patients demonstrate cognitive deficits on post-treatment evaluation. Moreover, long-term evaluation reveals cognitive impairment in 20% to 30% of patients examined 2 years after treatment with high-dose chemotherapy.

The most frequently described neurocognitive problems include difficulty with memory, learning, attention, concentration, information-processing speed, organization, and executive function (Fig. 1).4 While many patients experience such deficits only temporarily during or immediately after chemotherapy, symptoms may persist in others, preventing a return to previous level of academic, occupational, or social activities.

Despite the large number of patients with cancer who receive chemotherapy, cognitive deficits develop and manifest only in some individuals, while others appear to remain unaffected. The etiology of cognitive dysfunction secondary to anticancer therapy is likely multifactorial.8 Important variables known to influence the risk of cognitive side effects include the type, dose, and combination of chemotherapeutic agents, patient age, and level of cognitive function prior to treatment.

In addition, concurrent metabolic abnormalities, hormonal dysregulation, and medical comorbidities (eg, anemia, liver and renal dysfunction) have been shown to influence cognitive function. As both chemotherapy and brain radiation can be associated with significant CNS toxicity, patients treated with both modalities are at increased risk to develop neurocognitive deficits.

Several mechanisms have been proposed to play a role in chemotherapy-induced neurotoxicity, including the direct toxic effects of chemotherapeutic agents on various brain cells, vascular injury, and the indirect immune-mediated inflammatory processes. The basic cell-biologic mechanisms of delayed neurotoxic syndromes, such as progressive cognitive decline, white matter degeneration, and brain atrophy, have long eluded clear understanding. Recent experimental studies suggest that chemotherapy-induced damage of dynamic progenitor cell populations required for ongoing neurogenesis, gliogenesis, and maintenance of white matter integrity is an important etiologic factor in the development of neurocognitive deficits.9,10

Adverse neurologic effects have been observed with virtually all categories of chemotherapeutic agents and biologicals, including antimetabolites, DNA cross-linking agents, mitotic inhibitors, antihormonal agents, and molecular-targeted agents. Some agents, such as methotrexate and cytarabine, are well known to cause neurotoxicity and leukoencephalopathy (Fig. 2 on page 44), especially when administered at high doses, intrathecally, or in combination with cranial irradiation.

Many questions remain regarding the effects of chemotherapy on the brain and potential repair mechanisms. For example, it is unknown why certain individuals are more susceptible than others to the adverse effects of cancer treatment. Distinct genetic risk factors, such as polymorphisms that influence efficiency of DNA-repair mechanisms and drug efflux pump systems, have been implicated in modulating the degree of toxicity.

There are currently no established therapies for patients with cancer who experience cognitive symptoms secondary to their chemotherapy or cranial radiation. Possible confounding factors, such as anemia, vitamin deficiencies, endocrine dysfunction, metabolic abnormalities, and medication effects (steroids, narcotics, etc) should be addressed or eliminated as important contributing factors. Improvement of treatment-related fatigue and mood disorders are also likely to influence cognitive performance.

Neurostimulants, such as methylphenidate and modafinil, have proven effective in treating cognitive dysfunction in patients with underlying fatigue and reduced motivation. Other agents, such as the reversible acetylcholinesterase inhibitor donepezil, currently used to treat dementia, may have a role in improving cognitive symptoms in a subset of patients.

With advanced and more aggressive anticancer treatment, prolonged overall survival, and an increased awareness among physicians of neurocognitive symptoms in patients with cancer, such adverse effects are increasingly reported. The underlying mechanisms of neurocognitive side effects are multifactorial. Damage on the level of neural progenitor cells with an impact on neurogenesis and white matter integrity likely explains delayed toxicities.

There are currently no established therapies for patients with cancer who experience cognitive deficits. Although some agents have shown promising results in pilot studies, larger prospective and randomized clinical trials are needed to guide patient management.

Unraveling the precise mechanisms underlying chemotherapy-related cognitive side effects will enable us to identify novel treatment strategies. One of the most important goals will be the identification of neuroprotective strategies along with the development of tumor-specific therapies to avoid unnecessary toxicities, and to promote endogenous nervous system repair. ■