Cancer: Increasing Awareness and Addressing This Lethal Disease on the Global Stage 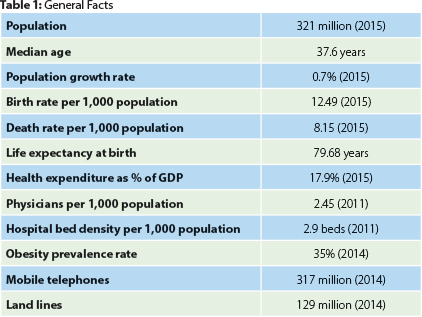 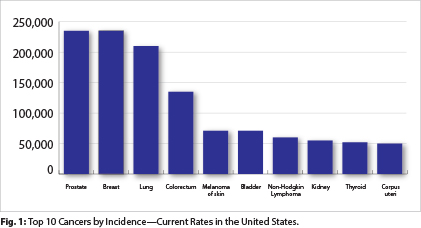 Fig. 1: Top 10 Cancers by Incidence—Current Rates in the United States. 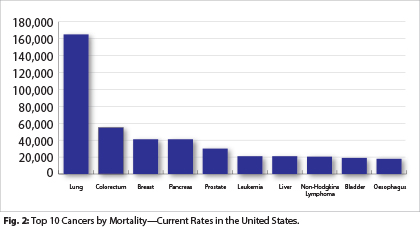 Fig. 2: Top 10 Cancers by Mortality—Current Rates in the United States. 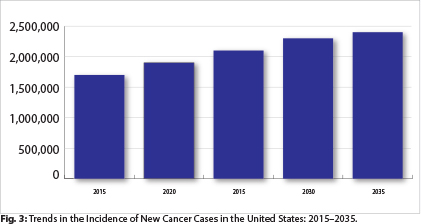 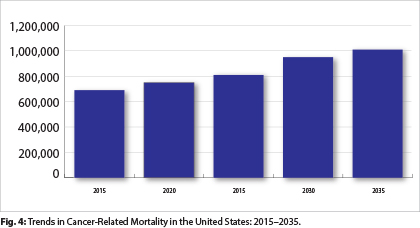 The ASCO Post is pleased to introduce this special focus on the worldwide cancer burden, beginning in this issue with a close look at the cancer incidence and mortality rates in the United States. The aim of this special feature is to highlight the global cancer burden for various countries of the world. For the convenience of the reader, each issue will focus on one country from one of the six regions of the world as defined by the World Health Organization (ie, Africa, the Americas, South-East Asia, Europe, Eastern Mediterranean, and Western Pacific). Each section will focus on the general aspects of the country followed the current and predicted rates of incidence and cancer-related mortality. It is hoped that through these issues, we can increase awareness and shift public policy and funds toward proactively addressing this lethal disease on the global stage.

Although we will witness an alarming rise in the overall global cancer burden, the worldwide distribution of new cancer cases and cancer-related mortality will be extremely uneven. In 2012, nearly 57% of the new cancer cases and 65% of the cancer-related deaths occurred in the less developed regions of the world. This differential increase in the incidence and cancer-related mortality rates in the less developed regions of the world will be further accentuated due to various factors. These factors include increasing population, extended lifespan, adoption of western lifestyle habits, increasing rates of obesity, and better control of communicable diseases.

Analysis of the cancer burden based on the regions as divided by the World Health Organization (WHO) reveals the marked differences (see Table in "Cancer Incidence and Mortality Rates Worldwide"). Although the cancer burden is shown to increase over the next 3 decades in all six of these regions (ie, Africa, the Americas, South-East Asia, Europe, Eastern Mediterranean, and Western Pacific), these differences are starkly higher for the African and Eastern Mediterranean regions when compared to the European region.

While these data may change due to various factors over the next few decades, the general trends lead us to assume that cancer will become a major public health burden of global proportions. It is imperative that the public, health-care community, and the respective governments are made aware of this looming cancer burden that can inflict severe damage to large populations and thereby affect the financial and socieconomic fabric of various nations. ■

If you are interested in participating in this continuing series on the global cancer burden and have an interesting perspective to share about a particular region of the world, contact Dr. Are at care@unmc.edu. For more in this issue on the global burden of cancer, click here.

As discussed in the new series “Global Oncology Burden”, analysis of the cancer burden based on the regions as divided by the World Health Organization (WHO) (ie, Africa, the Americas, South-East Asia, Europe, Eastern Mediterranean, and Western Pacific), reveals the marked differences (see Table...