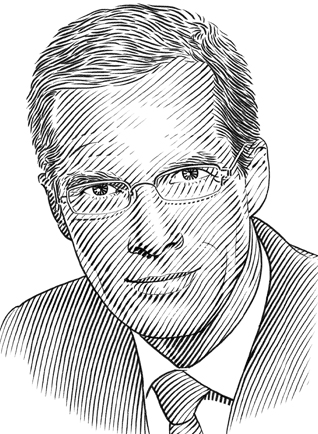 CLL can serve as a valid model for cancer management in general by highlighting the dramatic progress that can be made within a short time frame when linking biology to therapy.

Recent discoveries in biology, therapy, and (most importantly) the interplay between these two have led to groundbreaking advances in chronic lymphocytic leukemia (CLL). These advances underline the impact of the “translational” approach to cancer management in general.

Over the past few decades, CLL therapy has relied on the use of chemotherapy, more recently combined with antibodies (“chemoimmunotherapy”). These treatments have become the standard of care in the first-line treatment setting, with FCR (fludarabine, cyclophosphamide, rituximab [Rituxan]) for young/fit patients and chlorambucil (Leukeran) plus obinutuzumab (Gazyva) or ofatumumab (Arzerra) for elderly/unfit patients.

Despite the dramatic improvements in efficacy with these regimens, a number of critical issues remain. There is considerable long- and short-term toxicity, mostly in terms of hematologic toxicity and infections. Moreover, there is a relentless pattern of relapse despite often initially deep remissions, making cure unlikely with these regimens.

Furthermore, biologic markers define risk groups that do not benefit as much as others from these treatments. 17p deletion and/or TP53 mutation remain the strongest prognostic markers in multivariable analyses despite the improvement in treatment. NOTCH1 mutation may be a predictive marker indicating decreased benefit from the addition of antibody.

As exemplified by the findings on genomics, signaling pathways, and apoptosis dysregulation, an improved understanding of disease biology in CLL has led to the identification of biologically targeted therapeutic approaches. Among the most promising treatment approaches are inhibitors of B-cell (and possibly other) receptor signaling and apoptosis targeting agents.

In recent clinical trials, agents targeting Bruton’s tyrosine kinase (such as ibrutinib [Imbruvica]), PI3-kinase (such as idelalisib [Zydelig]), BCL2 (such as ABT-199), and CD20 (such as obinutuzumab, ofatumumab) have generated a lot of excitement. In phase I to III clinical trials, these agents have demonstrated not only compelling evidence for dramatic efficacy, but also for outstanding tolerability. Much of the data, excitement, and also some controversy in interpretation and impact of these results have been discussed in multiple recent contributions to The ASCO Post (see sidebar).

As is often the case with breakthroughs, the answers gleaned from these studies lead to new questions, and it appears that the magnitude of these questions is at least as big as the advances made through the new understanding of CLL biology and treatment. Among the topics that need to be addressed are the following issues and corresponding questions:

1. As few patients experience treatment failure with these novel agents and specific mutations in treatment targets (eg, Bruton’s tyrosine kinase) have been identified, what are the resistance mechanisms and to what extent will they impact treatment decisions?

2. Given that the outcome of some biologic disease subgroups (eg, 17p deletion CLL with ibrutinib treatment) appears improved compared to chemo(immuno)therapy but is still inferior compared to other subgroups, how can “ultra-high risk” disease be identified and treated?

3. Similarly, as allogeneic stem cell transplantation is considered a standard treatment option for young/fit patients with “ultra-high risk” CLL (eg, early relapse after chemoimmunotherapy and/or 17p deletion/TP53 mutation), what is the role of transplant in the current and future treatment algorithm?

4. As Richter’s transformation is a recurrent reason for treatment failure (although there is no evidence that it may be induced by the new agents), how can this poor-prognosis syndrome be managed and/or prevented?

5. With some novel agents, “benign” disease persistence (early lymphocytosis with B-cell receptor antagonists) is a frequent phenomenon, whereas other agents (eg, BCL2 antagonists) produce rapid disease abolition. What are the principles guiding treatment with regard to an aim of disease control vs eradication?

6. As new, rare adverse events (eg, bleeding, atrial fibrillation, colitis) have been identified in spite of the generally outstanding treatment tolerability, what are the long-term side effects of novel treatments?

7. As single-agent treatment, at least with classical chemo(immuno)therapy, has not proven to be the way forward, and indefinite treatment duration is not desirable, which combinations will offer the best results with regard to efficacy and tolerability?

8. Given that on one hand, combination treatments have proven beneficial, while on the other hand, the novel compounds have already shown excellent single-agent activity, will a combination approach or sequential use of the novel agents lead to better long-term results?

9. Along these lines, will “total therapy” combining everything together in one regimen be superior to “tailored treatment” with a targeted approach for individual disease subtypes?

10. In light of individual patient and disease characteristics as well as specific features of each novel compound, how can subgroups be identified for greatest tailored benefit?

11. As novel treatments with Bruton’s tyrosine kinase and PI3-kinase inhibitors (and likely, in the future, BCL2 antagonists) are approved in the relapsed/refractory setting with only minor subgroups (17p deletion CLL) as exceptions, how will the first-line treatment algorithm evolve in clinical trials, and more importantly, in general practice?

12. Given the cost and often indefinite treatment duration with the currently licensed novel agents and the worldwide demand for efficacious cancer therapy, how will the issue of cost and equal access to these treatments be handled?

Clearly, to move beyond the success already witnessed, more well-designed clinical trials are needed with the ultimate goal of cure. Of equal importance, and underlined by the development of these targeted agents in CLL, is the advance of laboratory science in a translational approach. CLL can serve as a valid model for cancer management in general by highlighting the dramatic progress that can be made within a short time frame when linking biology to therapy. ■

Recent articles on developments and controversies in the treatment of chronic lymphocytic leukemia include the following features from The ASCO Post, which are also available at www.ascopost.com: