Crizotinib (Xalkori) is an oral inhibitor of receptor tyrosine kinases including anaplastic lymphoma kinase (ALK), hepatocyte growth factor receptor (HGFR, c-Met), and recepteur d’origine nantais (RON). In August 2011, the FDA granted the drug accelerated approval for the treatment of patients with locally advanced or metastatic non–small cell lung cancer (NSCLC) that is positive for rearrangements of the ALK gene as detected by an FDA-approved test. 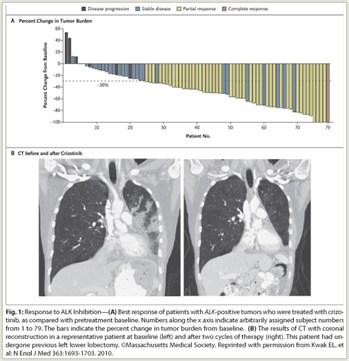 Translocations in the ALK gene can result in the expression of oncogenic fusion proteins. The formation of ALK fusion proteins results in activation and dysregulation of the expression and signaling of the gene, which can contribute to increased cell proliferation and survival in tumors expressing these proteins. Crizotinib inhibits ALK and c-Met phosphorylation, blocking activity of the gene; it has shown antitumor activity in xenografts expressing EML4- or NPM-ALK fusion proteins or c-MET. Approximately 5% of NSCLC patients harbor ALK translocations.

Crizotinib is taken orally twice daily at a dose of 250 mg for as long as the patient is deriving clinical benefit. Capsules are swallowed whole and can be taken with or without food. If required, dose reductions are first to 200 mg twice daily and then to 250 mg once daily. 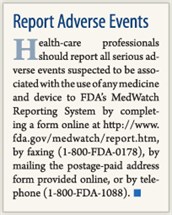