Two Studies Show Variation in Effectiveness of Mammography Across Populations

Two recent studies showed varying degrees of the effectiveness of mammography in different populations. In a report published in Radiology, Gao et al showed that in men at high risk for breast cancer, screening mammography may be able to increase the rate of detection of early-stage disease. Conversely, in another study published in the Journal of the National Cancer Institute, Demb et al reported that regular screening mammograms are unlikely to benefit women aged 75 and older who have chronic illnesses such as cardiovascular disease or diabetes. 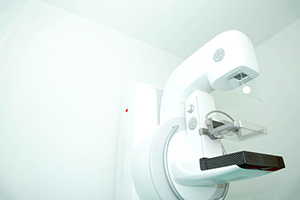 Screening Mammography in Men at High Risk of Breast Cancer

Breast cancer in men is a rare but often deadly disease. The American Cancer Society projects that 2,670 new cases of invasive breast cancer will be diagnosed in men in 2019, and about 500 men will die of the disease. There are no formal screening guidelines for men in high-risk groups, such as those who have a personal or family history of the disease or breast cancer–associated genetic mutations. As a result, men diagnosed with breast cancer tend to have worse outcomes than women.

For the retrospective study, researchers used the screening mammography benchmarks in women based on the fifth edition of the American College of Radiology BI-RADS definitions to assess outcomes in the screening group.

Researchers evaluated breast imaging utilization patterns and screening outcomes in 1,869 men with a median age of 55 who underwent mammography over a 12-year period. All men undergoing screening had a personal or family history of breast cancer and/or genetic mutations. During the study period, mammograms were obtained by using full-field digital mammography (between 2005–2016) or digital breast tomosynthesis (between 2016–2017). Ultrasound was performed by using 7–12-MHz linear array transducers (between 2005–2006) and 14-MHz transducers (between 2006–2017).

Mammography helped detect a total of 2,304 breast lesions, 149 of which were biopsied. Of those lesions, 41 (27.5 %) proved to be malignant. The cancer detection rate of 18 per 1,000 exams in men at high risk of breast cancer was significantly higher than the average detection rate of 3 to 5 per 1,000 exams in average-risk women. In addition, the cancers detected in men were at an early stage, before they had spread to the lymph nodes, improving the prognosis for survival.

In men, the study showed that mammographic screening sensitivity was 100%, and specificity was 95%—which researchers said is related to men having a relative lack of breast fibroglandular tissue, which in women often masks abnormal results.

Currently, the National Comprehensive Cancer Network (NCCN®) does not support screening for breast cancer in men because of a lack of evidence, even in men with an elevated risk. Earlier NCCN Guidelines suggested consideration of baseline mammograms on an individual basis, an approach the new study results may support.

Regular screening mammograms are unlikely to benefit women aged 75 and older who have chronic illnesses such as cardiovascular disease or diabetes, and the new data published in the Journal of the National Cancer Institute suggest they would likely die due to other health conditions before they developed breast cancer.

The investigators also noted that women between the ages of 75 and 84 were 123 times more likely to die of causes other than breast cancer; this estimate was even higher among women aged 85 and older.

The U.S. Preventive Services Task Force noted that there is not enough evidence to recommend for or against screening women aged 75 or older.

“Our research underscores the need to individualize screening decisions among older women,” said first study author Joshua Demb, PhD, a postdoctoral researcher at the University of California, San Diego, in a press release. “To that end, we hope that our analyses contribute to developing effective tools that older women can use in consultation with their health-care providers to decide a screening strategy that is best for them.”

Disclosure: For full disclosures of the study authors, visit pubs.rsna.org for the first study and academic.oup.com for the second study.