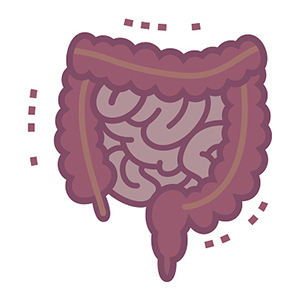 To determine whether the different functional classes of non-V600 BRAF mutations affected patients’ responses to anti-EGFR therapy, the researchers conducted a multicenter pooled analysis of data from 40 patients with metastatic colorectal cancer diagnosed between 2010 and 2017. Non-V600 BRAF mutations were divided into functional classed based on signaling mechanism and kinase activity: activating and RAS-independent (class 2) or kinase-impaired and RAS-dependent (class 3).

Getting Closer to Realizing Precision Oncology

The findings from this research provide clinical guidance on the application of EGFR antibodies in patients with metastatic colorectal cancer with non-V600 BRAF mutations.

“Through the analysis of colorectal cancer tumors with specific BRAF mutations, we identified a potential new indication for anti-EGFR treatment, highlighting the power of precision oncology,” commented principal study investigator Hiromichi Ebi, MD, PhD, Chief of the Division of Molecular Therapeutics at the Aichi Cancer Center Research Institute in Nagoya, Japan, in a statement.

Dr. Ebi is the corresponding author of this study.

Disclosure: Funding for this study was provided by Grant-in-Aid for Scientific Research, the Japan Society for the Promotion of Science, the Takeda Science Foundation, Japan Agency for Medical Research and Development, Memorial Sloan Kettering Cancer Center, and the National Institutes of Health. For full disclosures of the study authors, visit clincancerres.aacrjournals.org.