An international study has revealed the origin of mucinous ovarian cancer, confirming that unlike other types of ovarian cancer, this cancer arises from benign and borderline precursors at the ovaries and are not extraovarian metastases. These findings were published by Cheasley et al in Nature Communications.

The research provides new insights that could lead to a tailored treatment for mucinous ovarian cancer, which accounts for about 3% of all ovarian cancers.

“Recently, our understanding of ovarian cancer changed dramatically, and we now recognize the ovaries can act like a sponge for roaming cancer cells,” said senior study author Kylie Gorringe, PhD, of Peter MacCallum Cancer Centre. “Some cancers masquerade as ovarian cancers when, in fact, they originated in other organs, and by identifying where these cancers come from, we’ve been able to improve treatments and prevention. We still have a way to go before we have addressed this question for all types of ovarian cancers, especially the rarest forms, but in the case of mucinous ovarian cancer, we have now confirmed this is not a metastatic tumor but it develops at the ovary from an early stage.” 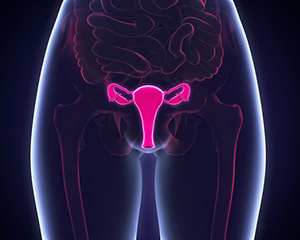