According to the American Cancer Society, excluding skin cancers, colorectal cancer is the third most common cancer in both men and women in the United States and the second most common cause of cancer deaths. This year, it is expected that more than 51,000 people will die of the malignancy. Although racial disparities in mortality from colorectal cancer have narrowed nationally, black individuals have a 43% higher mortality rate than white individuals, a study analyzing race-specific colorectal cancer deaths across 30 U.S. cities has found. According to the study, Washington, DC, had the highest disparity and Philadelphia had the lowest. Addressing modifiable risk factors, including smoking and obesity, and implementing public policy programs at the city level may help to reduce colorectal cancer deaths in this population. The study by Silva et al was presented at the 12th American Association for Cancer Research Conference on The Science of Cancer Health Disparities in Racial/Ethnic Minorities and the Medically Underserved (Abstract 96). 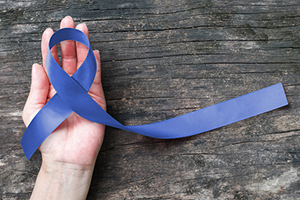 The researchers analyzed mortality data from 2013 to 2017 from the Centers for Disease Control and Prevention National Center for Health Statistics and 5-year population estimates from the 2013 to 2017 U.S. Census Bureau American Community Survey to compute the overall, non-Hispanic black and non-Hispanic white average annual colorectal cancer mortality rates for the United States and its 30 most populous cities. The rates were age-adjusted using the 2000 standard U.S. population. The black and white colorectal cancer mortality rates were used to calculate rate ratios (RR) and rate differences (RD) and their respective 95% confidence intervals (CIs).

“Reduction in colorectal cancer mortality and racial disparities can be achieved, in part, by addressing modifiable factors like smoking and obesity, but also by implementing programs and policy changes at the city level, as more than 80% of invasive cancer cases occur within urban areas,” said lead study author Abigail Silva, PhD, MPH, Assistant Professor in the Parkinson School of Health Sciences and Public Health at Loyola University Chicago, in a statement. “Local level data are critical for improving cancer outcomes for populations and addressing health inequities. Each city can use this information to make real, evidence-based changes in policies, services, and funding.”

Disclosure: The study was funded in part by the Sinai Urban Health Institute Research Fellowship program. For full disclosures of the study authors, visit aacr.org.