According to the National LGBT Cancer Network, lesbian, gay, bisexual, transgender, queer/questioning, and intersex (LGBTQI+) individuals are at greater risk for several cancers, including cervical, oral, and breast cancers.

A survey to assess LGBTQI+ Latinx communities’ experience with cancer screening, prevention, and risk-reduction strategies finds that that members of these groups fear sharing their gender identity and/or sexual orientation with health-care providers, and most have not received tailored information on cancer prevention and screening. The survey findings also suggest the urgent need to train health-care providers in how to make their practices more culturally competent, safe, and welcoming for LGBTQI+ Latinx community members.

The survey by Serrano et al was presented during the 12th American Association for Cancer Research Conference on The Science of Cancer Health Disparities in Racial/Ethnic Minorities and the Medically Underserved (Abstract 34). 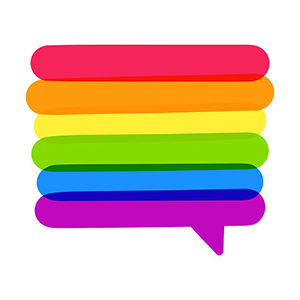 The researchers conducted a needs assessment survey using REDCap, a secure Web-based application designed for research. Respondents were recruited at outreach events throughout Southern California, and with the help of partnering organizations that serve the LGBTQI+ Latinx communities. Upon completion of the survey, respondents were entered into a raffle to win a $50 gift card.

Of those between the ages of 21 and 29, 60% of respondents reporting not having had a Pap test in the past 3 years. Most (53%) have not received the human papillomavirus vaccine. Of those eligible, 50% have not had a mammogram in the past 2 years, and one-third are overdue for their routine colonoscopy. Almost 70% of respondents self-reported binge-drinking within the past year, with gay men been being more likely to binge drink (χ2 = 15.8). The smoking rate (20%) was almost twice the smoking rate in the state of California (11%). Most respondents (40%) reported being exposed to environmental (or secondhand) tobacco smoke, with lesbian women being more likely to report exposure (χ2 = 4.9, P < .027). Most respondents (78%) practice unprotected sex, with gay men being more likely to report the practice (χ2 = 6.3, P < .012).

“Findings from this survey…suggest an urgent need to train health-care providers on how to make their practice more culturally competent, safe, and welcoming for LGBTQ[I+] Latinx communities,” concluded the study authors.