A team from the Molecular Oncology Department, Hôpital Européen Georges-Pompidou–APHP in Paris conducted this study to evaluate the utility of next-generation sequencing compared with fragment analysis for the detection of MET exon 14 alterations, including skipping deletions that act as an oncogenic driver and are observed in 1% to 4% of NSCLC tumors.

Capmatinib was recently approved by the U.S. Food and Drug Administration for adult patients with metastatic NSCLC and MET exon 14 skipping mutations, making detection of MET alterations necessary to identify candidates for the treatment. In addition, MET exon 14 mutations may serve as a marker of low response rates to treatment with immune checkpoint inhibitor therapy, despite high tumor PD-L1 expression. 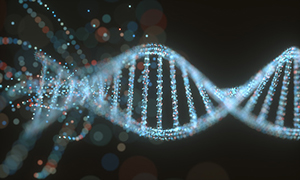 The investigators examined 87 NSCLC wild-type samples for MET exon 14 by next-generation sequencing and fragment analysis that were obtained in routine settings within an 18-month period from patients with driver wild-type NSCLC.

Of the 87 patient samples evaluated by fragment analysis and sequencing, a MET exon 14 skipping alteration was detected in 13 patients. Among the 13 patients, eight samples had deletion impacting splice site and five had splice variants. Among the eight deletions, two were large deletions of 41 bp and 66 bp. These two deletions were only determined by fragment analysis and were not detected by next-generation sequencing.

Histologically, there was no enrichment in samples with sarcomatoid features.

However, an association with PD-L1 expression was observed; samples with MET exon 14 skipping presented higher values of PD-L1 than other tumors screened in this study.

Detection of MET alterations is warranted for the first-line treatment decision to detect exon 14 skipping and allow patient access to targeted therapy, such as capmatinib, as well as to identify patients that may have a poor response to immunotherapy, according to the authors. They concluded that these results highlight the limit of next-generation sequencing to analyze large deletions and the risk of false negative results.

This study underscores that next-generation sequencing, using standard pipelines and panels, may fail to detect MET exon 14 mutations. Association of complementary methods or large coverage intron screening could be alternatively used in order not to miss samples with MET alterations that could impair first-line treatment choices in patients with NSCLC.

The authors also noted that the link between MET exon 14 and PD-L1 expression warrants further study.

Disclosure: For full disclosures of the study authors, visit oncologypro.esmo.org.