In a phase III trial reported in the Journal of Clinical Oncology, Hong et al found that adjuvant whole-brain radiotherapy (WBRT) was not associated with a significant benefit in distant intracranial control vs observation after local treatment of patients with one to three melanoma brain metastases. 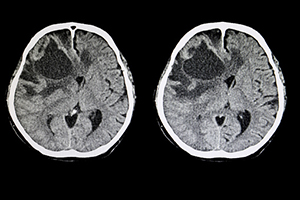 In the open-label trial, 215 patients from 24 centers in Australia, the United Kingdom, and Norway who had received local treatment (surgery or stereotactic radiosurgery) for one to three melanoma brain metastases were randomly assigned between April 2009 and September 2017 to receive WBRT (n = 107) or observation (n = 108). The minimum WBRT dose was 30 Gy in 10 fractions.

The investigators concluded, “After local treatment of one to three melanoma brain metastases, adjuvant WBRT does not provide clinical benefit in terms of distant intracranial control, survival, or preservation of performance status.”

Angela M. Hong, of the Melanoma Institute Australia, Radiation Oncology, The University of Sydney, is the corresponding author for the Journal of Clinical Oncology article.

Disclosure: The study was funded by grants from Cancer Australia and Cancer Research UK. For full disclosures of the study authors, visit jco.ascopubs.org

Martin McCarter, MD, on Refinement of Surgical Treatment: Expert Perspective on ASCO’s 2020 Advance of the Year