As reported in The Lancet Oncology by Nakagawa et al, the phase III RELAY trial has shown that the addition of the VEGFR2 inhibitor ramucirumab to the EGFR inhibitor erlotinib improved progression-free survival in treatment-naive, advanced EGFR-mutated non–small cell lung cancer (NSCLC). 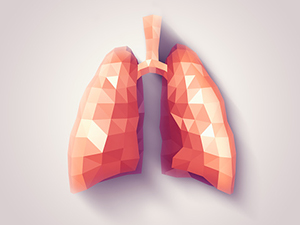 In the double-blind trial, 449 patients from 100 sites in 13 countries were randomly assigned between January 2016 and February 2018 to receive ramucirumab/erlotinib (n = 224) or placebo/erlotinib (n = 225). Eligible patients had an EGFR exon 19 deletion or exon 21 substitution mutation, an Eastern Cooperative Oncology Group performance status of 0 or 1, and no central nervous system metastases.

Treatment consisted of erlotinib 150 mg/d, plus either intravenous ramucirumab 10 mg/kg or matching placebo once every 2 weeks. The primary endpoint was investigator-assessed progression-free survival in the intention-to-treat population. Disease was stage IV in 87% of the ramucirumab/erlotinib group and 84% of the placebo/erlotinib group, and 77% of patients in each group were Asian.

The investigators concluded, “Ramucirumab plus erlotinib demonstrated superior progression-free survival compared with placebo plus erlotinib in patients with untreated EGFR-mutated metastatic NSCLC. Safety was consistent with the safety profiles of the individual compounds in advanced lung cancer. The RELAY regimen is a viable new treatment option for the initial treatment of EGFR-mutated metastatic NSCLC.”

Kazuhiko Nakagawa, MD, of the Department of Medical Oncology, Kindai University Faculty of Medicine, Osaka, is the corresponding author for The Lancet Oncology article.

Disclosure: The study was funded by Eli Lilly. For full disclosures of the study authors, visit thelancet.com.