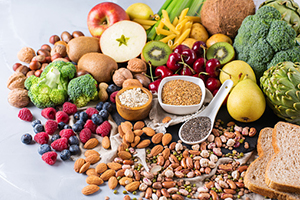 The analysis included 627,988 men (mean age = 57.9 years) and 817, 862 women (mean age = 54.8 years) from 10 prospective cohorts in the United State, Europe, and Asia. Participants who had a history of cancer at enrollment or developed any cancer, died, or were lost to follow-up within 2 years after enrollment were excluded from analyses. 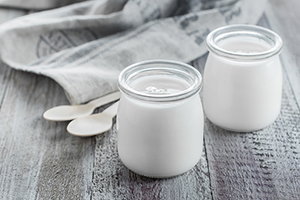 The investigators concluded, “In this large pooled analysis, after adjusting for a wide range of known or putative lung cancer risk factors, we found that dietary fiber and yogurt consumption were both associated with reduced risk of lung cancer. For the first time to our knowledge, a potential synergistic association between fiber and yogurt intakes on lung cancer risk was observed…our findings suggest a potential protective role of prebiotics and probiotics against lung carcinogenesis.”

Xiao-Ou Shu, MD, PhD, of the Division of Epidemiology, Department of Medicine, Vanderbilt University Medical Center, is the corresponding author for the JAMA Oncology article.

Disclosure: The study was supported by grants from the National Institutes of Health. For full disclosures of the study authors, visit jamanetwork.com.