The American Thyroid Association held its 2019 Annual Meeting from October 30 to November 3 in Chicago. Below are brief summaries of important oral presentations on thyroid cancer from the meeting. 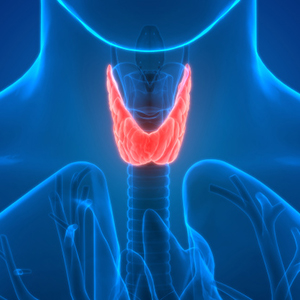 Incidence and Incidence-Based Mortality in a State

Chatterjee et al conducted a retrospective, observational cohort study evaluating second-line treatments among patients who had initiated and discontinued first-line treatment with lenvatinib between January 1, 2016, and April 3, 2017 (Poster 388). Twenty-four physicians from the Cardinal Health Oncology Provider Extended Network submitted case-report forms on a total of 181 patients, and the researchers estimated outcomes including overall and progression-free survival. Results from the study indicate a clinical benefit associated with first-line lenvantinib followed by second-line therapy.

The Bethesda classification system is used for both adult and pediatric thyroid nodules, but it is not clear whether the implied malignancy risk for each category is the same for children and adults. Jiang et al conducted a retrospective review for 171 patients who underwent a thyroid fine-needle aspiration at the tertiary pediatric hospital from December 1, 2002, to November 30, 2018, and classified results according to the Bethesda criteria (Oral 34). They found a much higher malignancy rate in thyroid nodules of pediatric patients compared to that reported for adults. Although the Bethesda system accurately identified low-risk benign nodules, malignancy risk in all other Bethesda categories was much higher.

Following the March 2011 Fukushima Daiichi nuclear disaster, Japan implemented a thyroid ultrasound examination program for residents aged 18 years or younger at the time of the accident. Fine-needle aspiration cytology was conducted according to Japanese guidelines for thyroid nodules. Shimura et al analyzed the implementation rate of fine-needle aspiration and the detection rate of thyroid malignancy among 2,744 patients in the program who had had thyroid nodules at least 5.1 mm in size (Oral 35). Results from their analysis suggest that protocols based on the Japanese guidelines avoided unnecessary fine-needle aspirations, particularly for nodules smaller than 10.1 mm.

To view more news from the meeting, visit https://www.thyroid.org/media-main/.