A research team has identified a receptor in cells that could play a role in preventing permanent hearing loss in childhood cancer survivors treated with the drug cisplatin. The researchers believe that by inhibiting the receptor, they may be able to better control otoxicity, according to findings published by Babolmorad et al in EMBO Reports.

Cisplatin is an effective chemotherapeutic for treating solid tumors in children, contributing to an 80% overall survival rate over 5 years, according to senior study author Amit Bhavsar, PhD, Assistant Professor in the Department of Medical Microbiology & Immunology at the University of Alberta. However, nearly 100% of patients who receive higher doses of cisplatin show some degree of permanent hearing loss. The ability to prevent this side effect would improve the quality of life of childhood cancer survivors after they recover from the disease.

As Dr. Bhavsar explained, many researchers look at cisplatin's damaging side effects from the angle of genetics, trying to determine underlying risk factors for hearing loss or examine how it works as a chemotherapeutic. Dr. Bhavsar and his team thought outside the box and took things all the way back to the periodic table with their approach, getting some clues from the chemical composition of cisplatin itself and eventually identifying a particular receptor that was getting turned on. 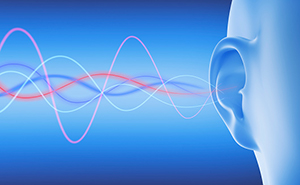 The receptor in question is Toll-like receptor 4 (TLR4), which is involved in the body's immune response. TLR4 works by crossing the cell membrane, sticking a portion of itself outside the cell to sample the environment to look for different signals that indicate damage or danger of some sort.

"It's a receptor that your body normally uses to detect when there's some sort of issue, like an infection. This receptor will turn on, and it'll start producing these signals that tell the cell it's under stress. Unfortunately, in the case of cisplatin, those signals ultimately lead to the death of the cells responsible for hearing,” explained Dr. Bhavsar.

The cells affected by TLR4's signals are located within the cochlea of the ear, where they play a crucial role in hearing, translating vibrations in the ear into electrical impulses. Cisplatin also accumulates in the kidneys, but the difference is that it can be flushed out and diluted in that area of the body; in a closed system such as the ear, it accumulates and damages the cells.

"These cells don't renew. You really only get one shot and if they're gone, you're in trouble. The hearing loss is permanent," said Dt. Bhavsar.

The only way to prevent the damage is to stop the signals TLR4 produces that lead to the accumulation of cisplatin. To confirm the efficacy of inhibiting the TLR4 receptor, the team looked at zebrafish models. They examined neuromasts, which are sensory cells within zebrafish that behave similarly to the human hair cells typically damaged by cisplatin. They were able to prove that inhibiting TLR4 led to an inhibition of the damage on the sensory cells.

Now, the team is working toward refining an inhibitor that can disrupt this sampling process, removing the function that causes the toxic side effect while still keeping the immune sensor function intact so patients don't become immunocompromised.

"It really does open the door for potential therapeutics," said Dr. Bhavsar.

Disclosure: The work received support through operating grants from the Canadian Institutes of Health Research and the Stollery Children's Hospital Foundation through WCHRI, as well as funding from the Li Ka Shing Institute of Virology. For full disclosures of the study authors, visit embopress.org.