The study involved 235 patients at Stanford University Medical Center with newly diagnosed classical Hodgkin lymphoma treated with the Stanford V regimen from 1998 to 2014. Patients had to have been in complete remission for at least 3 months. Laboratory tests showing grade ≥ 2 abnormalities were considered abnormal results. The primary objective of the analysis was to determine the ability of routine laboratory surveillance findings to identify relapse in the first 3 years after end of treatment. 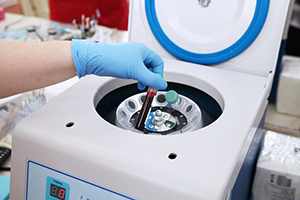 In the 3 years after end of therapy, patients had a total of 1,661 surveillance blood draws, with a mean number of blood draws per patient of 7.1 (range = 1–13). Blood draws included 4,684 individual laboratory tests, including 1,609 complete blood counts, 1,578 metabolic panels, and 1,497 erythrocyte sedimentation rates.

In total, 41 patients underwent biopsy for suspected relapse, with biopsy confirming relapse in 23; the remaining patients received treatment for relapse on the basis of imaging findings in an area that could not be readily biopsied. Surveillance imaging prompted biopsy in 27 (66%) of the 41 patients undergoing biopsy.

No patient who underwent biopsy or experienced relapse had additional work-up, including biopsy, prompted by an abnormal laboratory value.

Ryan C. Lynch, MD, of the University of Washington, Seattle and Stanford University, is the corresponding author for the JCO Oncology Practice article.

Disclosure: The study was funded by the National Cancer Institute and a Stanford National Institutes of Health/National Center for Research Resources Clinical and Translational Science Award. For full disclosures of the study authors, visit ascopubs.org.