In a meta-analysis of population-based studies reported in JAMA Network Open, Elmahdi et al found that although the reported incidence of cancers in individuals with pediatric-onset inflammatory bowel disease (IBD) is low, the condition is associated with a significantly increased risk of cancers compared with general pediatric populations.

As stated by the investigators, “Because the incidence of pediatric-onset IBD is increasing, knowledge of the long-term risk of cancer in this patient population is required.”

The analysis included five population-based cohort studies of pediatric-onset IBD from Europe and North America that assessed risk of cancer, including 19,812 individuals with pediatric-onset IBD and 3,056,282 reference individuals without IBD. Pooled relative rates of cancers with IBD overall and by subtypes of Crohn's disease and ulcerative colitis were calculated for combined studies. 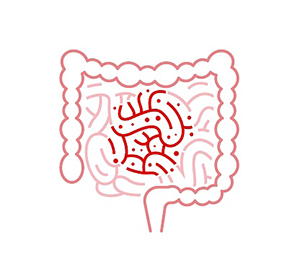 The incidence rates of cancer among patients with pediatric-onset IBD ranged from 1.0 to 3.3 cases/1,000 person-years across studies.

The investigators concluded, “This meta-analysis of unselected, population-based studies showed a greater than two-fold increased rate of cancer among patients with pediatric-onset IBD compared with the general pediatric populations, primarily owing to an increased rate of gastrointestinal cancers.”

Disclosure: The study was supported by a grant from the Danish National Research Foundation. For full disclosures of the study authors, visit jamanetwork.com.