Association of Cardiovascular Risk Factors With Risk of Subsequent Cancer 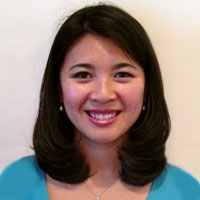 Increasing natriuretic peptide concentration was associated with increased cancer risk (P = .02 for trend) both when comparing the highest vs lowest tertile (HR = 1.40, P = .035) and when analyzed as a continuous variable (HR = 1.26, P < .001, per 1 SD increase). No significant association was observed for high-sensitivity cardiac troponin (P = .47 for trend) when comparing highest vs lowest tertile (P = .37) or as a continuous variable (P = .07).

Jennifer E. Ho, MD, of Massachusetts General Hospital, is the corresponding author for the JACC:CardioOncology article.

Disclosures: The study was supported by grants from the National Institutes of Health. For full disclosures of the study authors, visit jacc.org.