In a study reported in JCO Oncology Practice, Fishman et al found no significant difference in the use of optimal evidence-based anticancer drug regimens in physician offices vs hospital-based outpatient departments. However, the investigators found significantly higher costs of treatment in the hospital outpatient setting. 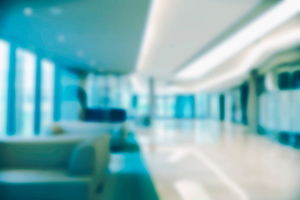 The study involved data for 2013 to 2017 from patients with breast, lung, or colorectal cancer in a large health insurance database. Anticancer drug regimens were considered to be “on pathway” if they were on the payer’s program list of optimal regimens when treatment was administered.

The investigators concluded, “Total and cancer drug–related per-patient costs were higher in hospital-based outpatient departments vs physician offices, but on-pathway status was similar. The cost differential between hospital-based outpatient departments and physician offices was driven by commercially insured members rather than Medicare Advantage members.”

Ezra Fishman, PhD, of the National Committee for Quality Assurance, Washington, DC, is the corresponding author for the JCO Oncology Practice article.