In a study reported in The New England Journal of Medicine, Ahdoot et al found that combined use of magnetic resonance imaging (MRI)-targeted biopsy and 12-core systematic prostate biopsy led to enhanced detection of prostate cancers vs either approach alone in men with MRI-visible prostate lesions. 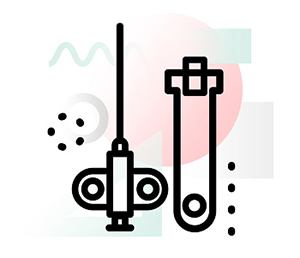 Combined biopsy led to cancer diagnosis in 208 more men (9.9%) than with either method alone, and to upgrading to a higher grade group in 458 men (21.8%). If only MRI-targeted biopsies had been performed, 8.8% of clinically significant cancers would have been misclassified.

Among the 404 men who underwent radical prostatectomy, combined biopsy was associated with a lower rate of upgrade to grade group 3 or higher on histopathologic analysis of surgical specimens (3.5%) compared with MRI-targeted biopsy (8.7%) and systematic biopsy (16.8%).

The investigators concluded, “Among patients with MRI-visible lesions, combined biopsy led to more detection of all prostate cancers. However, MRI-targeted biopsy alone underestimated the histologic grade of some tumors. After radical prostatectomy, upgrades to grade group 3 or higher on histopathological analysis were substantially lower after combined biopsy.”

Disclosure: The study was funded by the National Institutes of Health and others. For full disclosures of the study authors, visit nejm.org.