In a European population-based study reported in The Lancet Oncology, Cardoso et al found that colorectal cancer incidence and mortality declined more in European countries with long-standing colonoscopy or fecal test screening programs since the year 2000 compared to countries with more recently implemented or no large-scale programs. 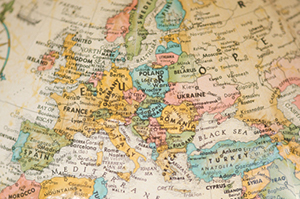 Colorectal cancer incidence decreased markedly over time in most countries with long-standing screening programs (such as Austria, Czech Republic, England, Finland, and Germany). Average annual percentage changes (AAPCs) in incidence in Austria, the Czech Republic, and Germany ranged from -2.5% to -1.6% in men and from -2.4% to -1.3% in women. AAPCs for men and women were 0.0% and 0.4% in England and 0.7% and 0.6% in Finland.

In countries where screening programs were implemented during the study period (Belgium, Denmark, Ireland, Lithuania, Netherlands, Sweden), colorectal cancer incidence remained stable or increased up to the year of screening implementation. Over the entire study period, AAPCs for these countries ranged from -0.2% (Ireland, Slovenia) to 1.5% (Netherlands) in men, and from -0.5% (Slovenia) to 1.2% (Netherlands) in women. However, in countries where screening program uptake was rapid—ie, Denmark, Netherlands, and Slovenia—incidence rates declined post-implementation after the increases observed prior to screening uptake.

In countries with no large-scale screening programs (Bulgaria, Estonia, Norway, Sweden, Ukraine), AAPCs for colorectal cancer incidence ranged from 0.1% (Sweden) to 1.9% (Bulgaria) in men and from 0.3% (Sweden) to 1.1% (Ukraine) in women.

Available data indicated a shift towards greater diagnosis of disease at stage I or II in countries with long-standing or more recently implemented programs, with no shift observed among countries without large-scale programs (with the exception of Bulgaria).

The investigators concluded, “We observed divergent trends in colorectal cancer incidence, mortality, and stage distribution across European countries, which appear to be largely explained by different levels of colorectal cancer screening implementation.”

Hermann Brenner, MD, of the Division of Clinical Epidemiology and Aging Research, German Cancer Research Center, Heidelberg, is the corresponding author for The Lancet Oncology article.

Disclosure: The study was funded by German Cancer Aid and the German Federal Ministry of Education and Research. For full disclosures of the study authors, visit thelancet.com.