In a retrospective cohort study reported in a research letter in JAMA Surgery, Stokes et al found that risk of minor bleeding events during central venous catheter placement in pediatric patients with cancer was significantly increased among those with platelet counts < 50 × 103/μL at the time of catheter placement.

As stated by the investigators, “Tunneled central venous catheters are frequently required in pediatric patients with cancer, but data on platelet transfusion thresholds in this population are limited. The commonly used threshold of 50 × 103/μL … is based on expert opinion.” 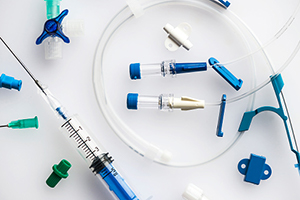 A total of 279 central venous catheter placements in the 235 patients were included in the analysis.

On multivariate analysis adjusting for age, weight, preoperative hemoglobin level, solid tumor vs hematologic malignancy, and use of a Broviac catheter vs a portacath, only a preoperative platelet count < 50 × 103/μL was a significant risk factor for perioperative bleeding complications (adjusted odds ratio = 6.3, 95% confidence interval = 1.3–30.0, P = .02).

Sarah C. Stokes, MD, of the Department of Surgery, University of California, Davis, is the corresponding author for the JAMA Surgery article.

Disclosure: The study was supported by a grant from the National Center for Advancing Translational Sciences, which is funded by the National Institutes of Health. For full disclosures of the study authors, visit jamanetwork.com.