People who carry the BRCA1 or BRCA2 gene mutation have an increased risk of pancreatic, stomach, and prostate cancers, as well as the previously well-known risk of breast and ovarian cancers, according to new research calling for increased testing in male carriers to detect the cancers early.

The study—published by Li et al in the Journal of Clinical Oncology—used the largest sample size ever in a cancer study of the same kind worldwide, examining 22 types of cancer to establish that in addition to female breast and ovarian cancers, BRCA1/2 carriers are at risk for male breast, pancreatic, stomach, and prostate (BRCA2 carriers only) cancers, but not other cancers as previously thought. Significantly, the study team found that BRCA1/2 carriers did not have a higher risk of developing melanoma.

Lead author and Victorian Cancer Agency Early Career Research Fellow Shuai Li, MD, PhD, said the research suggested male relatives of known BRCA1/2 carriers “should be informed about cancer risk and encouraged to be tested, because male and female carriers have the same cancer risks for pancreatic and stomach cancers, and male BRCA2 carriers also have an increased risk of prostate cancer. Male carriers can also have increased risk of developing breast cancer. BRCA-related cancers are not a ‘female only’ thing.” 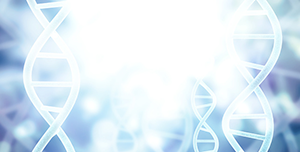 Dr. Li said while rare, incidences of pancreatic and stomach cancers are rising, and because they are difficult to detect and have low survival rates, the study showed how important it is to screen for upper gastrointestinal tract malignancies in carriers, particularly for those younger than age 65.

Senior author Antonis Antoniou, PhD, of the University of Cambridge, said it had been known for some time that the gene mutations were linked to breast and ovarian cancers, but there had been uncertainty about other cancers.

“These large datasets of patients have allowed us to estimate with much greater accuracy the extent to which faulty BRCA1 and BRCA2 genes increase the risk of several cancers. At the same time, the findings will be reassuring because they show that many other cancers are not linked to the BRCA1 and BRCA2 genes,” Dr. Antoniou said.

The research team now plans to use prospectively collected data of BRCA1/2 carriers to further refine the findings, using the same method to investigate the cancer risks of carriers of other genes, such as ATM, CHEK2, and TP53.