In a systematic analysis of data from 40 countries reported in the International Journal of Cancer, Fidler-Benaoudia et al identified a widespread emergence of higher lung cancer incidence rates in young women vs young men. The trend does not appear to be explained by differences in smoking patterns.

The analysis examined lung cancer incidence rates in young women vs young men in 40 countries across 5 continents, with data on lung and bronchial cancer cases by 5-year age groups (ages 30 to 64 years) and 5-year calendar periods (1993 to 2012) being obtained from the  International Agency for Research on Cancer publication "Cancer Incidence in Five Continents." Female-to-male incidence rate ratios and 95% confidence intervals (CIs) were calculated by age group and birth cohort. 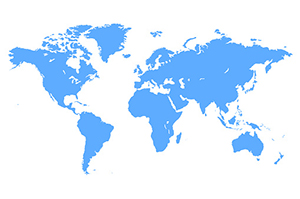 Age-specific lung cancer incidence rates generally decreased among men in all countries. In women, rates varied across countries, with trends in most countries showing stable rates or rates that are declining, but at a slower pace vs those in men. Thus, female-to-male incidence rate ratios have increased among recent birth cohorts, with incidence rate ratios significantly greater than unity in six countries: Canada, Denmark, Germany, New Zealand, the Netherlands, and the United States. In 23 other countries, there has been a nonsignificant crossover from male to female dominance. In 11 countries, there has been continued male dominance. Among countries with historical smoking data, smoking prevalence in women has approached but rarely exceeded that in men.

"The emerging higher lung cancer incidence rates in young women compared to young men is widespread and not fully explained by sex differences in smoking patterns. Future studies are needed to identify reasons for the elevated incidence of lung cancer among young women.”
— Fidler-Benaoudia et al

The significant crossovers appear to be largely attributable to increasing adenocarcinoma incidence rates in women. For adenocarcinoma, increases were observed in more recent birth cohorts among older male age groups in all countries except Canada and the United States, with there being some evidence of increases among the youngest age groups for men in all countries. Trends for women showed increases in rates among more recent birth cohorts in Denmark (age 55–64), Germany (age 30–64), New Zealand (age 30–64), and the Netherlands (age 30–34 and 50–64). These increases were greater than those observed in men. Adenocarcinoma incidence rates in Canada and the United States decreased in successively younger birth cohorts in all age groups among women.

The investigators concluded: “In conclusion, the emerging higher lung cancer incidence rates in young women compared to young men is widespread and not fully explained by sex differences in smoking patterns. Future studies are needed to identify reasons for the elevated incidence of lung cancer among young women.”