States With Highest Rates of Cutaneous Melanoma Due to Ultraviolet Exposure

A new study found a wide state-by-state variation in rates of melanoma caused by ultraviolet (UV) exposure, with highest rates in several states on the east and west coasts (including Hawaii), but also a few landlocked states (including Utah, Vermont, and Minnesota). The report, published by Islami et al in the International Journal of Cancer, found state-level incidence rates for UV-attributable melanoma ranged from 15 cases per 100,000 in Alaska to 65 cases per 100,000 in Hawaii. The authors stated that variations between states likely reflect a combination of the strength the sun's rays, participation in outdoor activities, sun protection, indoor tanning, and early detection. 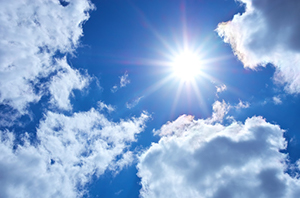 For the new study, investigators estimated the number, proportion, and incidence rates of malignant melanomas attributable to UV radiation in each of states in the United States. They did so by calculating the difference between observed melanomas from 2011 to 2015 and a baseline of expected cases.

Estimating the contribution of UV exposure required a novel approach—without a population completely unexposed to UV radiation, researchers used the best data available: historical melanoma incidence rates from 1942 to 1954 in Connecticut, which had the country's first statewide population-based cancer registry and is in a high-latitude (generally lower UV rate) environment. For most adults, melanomas diagnosed during those years likely reflected UV exposure accumulated in the 1930s or earlier, when exposure was minimized by clothing style with more complete skin coverage and limited recreational exposure. This reference population acted as the theoretical minimum UV exposure.

To highlight state differences, researchers highlighted results for non-Hispanic whites rather than the total population, because a lower burden in some states could largely reflect higher proportions of nonwhites in the population. Melanoma incidence rates in the United States are lowest in blacks (1.0 per 100,000) and are also substantially lower in other minorities (eg, 4.5 per 100,000 in Hispanics) than in non-Hispanic whites (27.2 per 100,000).

In addition to states with a high UV index like Hawaii, California, and Florida, UV-attributable melanoma rates were high in many states with relatively low UV index, such as Minnesota and Idaho, likely reflecting high prevalence of outdoor activities and insufficient sun protection.

The study authors concluded, “Considerable proportions and incidence rates of melanoma attributable to UV radiation in all states underscores the need for broad implementation or enforcement of preventive measures across states, with priority for states with higher burden.”