Treatment of patients with cholangiocarcinoma could be improved by tailoring medication to the levels of a key protein in people with the disease, according to new research published by Kitchen et al in Cancer Research. Researchers have discovered that the proline-rich homeodomain protein/hematopoietically expressed homeobox (PRH/HHEX) transcription factor is a key driver in the disease, with increased levels affecting the response of patients to CDK4/6 inhibitors. 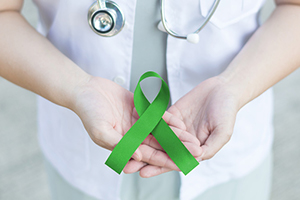 Senior study author Padma Sheela Jayaraman, PhD, of the Institute of Cancer and Genomic Sciences at the University of Birmingham, UK, commented, “Clinical efficacy of chemotherapeutic strategies is likely to depend on PRH expression level. Tailoring patient medication according to the individual level of PRH expression could improve clinical usefulness of several compounds, recently suggested as potential novel treatments for bile duct cancer.”

The researchers found that hyperactivation of Notch and Wnt signaling is connected to dysregulation of PRH. Moreover, they suggested new therapeutic options based on the dependence of specific Wnt, Notch, and CDK4/6 inhibitors on PRH activity.

The study authors concluded, “The PRH/HHEX transcription factor is an oncogenic driver in cholangiocarcinoma that confers sensitivity to CDK4/6 inhibitors.”

Disclosure: For full disclosures of the study authors, visit cancerres.aacrjournals.org.