As reported in The Lancet Oncology, Clark et al have developed radiation dosimetric models that can be used to predict the risk of acute ovarian failure in female survivors of childhood cancer. 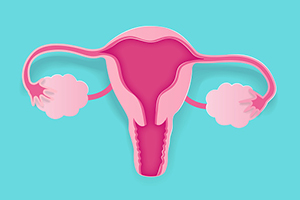 The cohort study involved 5,886 eligible 5-year survivors in the Childhood Cancer Survivor Study (CCSS) as a development cohort and 875 eligible 10-year survivors in the St. Jude Lifetime Cohort Study (SJLIFE) for validation. Acute ovarian failure was defined as permanent loss of ovarian function within 5 years of cancer diagnosis or no menarche after cancer treatment by age 18. Median follow-up was 23.9 years for both the CCSS and SJLIFE cohorts.

Acute ovarian failure occurred in 6.0% of the CCSS cohort and 5.7% of the SJLIFE cohort.

Among risk-prediction models investigated in the CCSS cohort, a prescribed dose model with abdominal and pelvic radiation doses and an ovarian dose model with ovarian radiation dosimetry using logistic regression were selected. In the CCSS cohort, area under the receiver operating characteristic curve (AUC) was 0.82 for the ovarian dose model and 0.78 for the prescribed dose model. Precision recall curve values for average precision (average positive predictive value) were 0.50 and 0.37, respectively.

In the SJLIFE validation cohort, AUC values were 0.94 for the ovarian dose model and 0.96 for the prescribed dose model. Average precision values were 0.68 and 0.46, respectively.

The investigators concluded, “Both acute ovarian failure risk-prediction models performed well. The ovarian dose model is preferred if ovarian radiation dosimetry is available. The models, along with the online risk calculator, could help clinical discussions regarding the need for fertility preservation interventions in girls and young women newly diagnosed with cancer.”

Yan Yuan, PhD, of the School of Public Health, University of Alberta, is the corresponding author for The Lancet Oncology article.