In the trial, 48,835 postmenopausal women aged 50 to 79 years with no history of breast cancer and a dietary fat intake of ≥ 32% of energy were randomly assigned at 40 centers in the United States to a usual diet (60%) or a dietary intervention (40%). The goal in the intervention group was to reduce fat intake to ≤ 20% of energy and increase intake of vegetables, fruits, and grains. 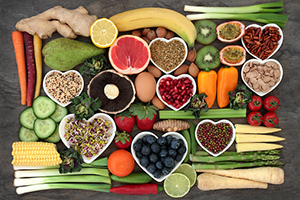 The investigators concluded, “Adoption of a low-fat dietary pattern associated with increased vegetable, fruit, and grain intake, demonstrably achievable by many, may reduce the risk of death as a result of breast cancer in postmenopausal women.”

Dr. Chlebowski, of the Los Angeles Biomedical Research Institute at the Harbor-UCLA Medical Center, is the corresponding author for the Journal of Clinical Oncology article.

Disclosure: The study was supported by contracts with the National Heart, Lung, and Blood Institute and additional funding from the National Cancer Institute. For full disclosures of the study authors, visit ascopubs.org.