The study involved findings from 403 respondents to a Web-based survey given from March to May 2018. The survey used quota-based sampling to provide a nationwide sample of patients with cancer in the United States who had received radiotherapy within the past 5 years.

The survey assessed patient perception of adequacy of information about adverse effects, severity of adverse effects, and divergence of experiences from expectations. Specific potential adverse effects queried about in the survey included feeling tired; changes in energy level; feeling weak; anxiety or worry; not being able to carry out daily functions/work; limitations in social/recreational activities; disruption to family life; pain; skin burning; sadness, unhappiness, or depression; limitations in work; changes to appearance; nausea; damage to immune system; damage to internal organs; and effects on fertility.

Of the 403 respondents, 68% had received radiation therapy within the past 2 years. Overall, 41% had received chemotherapy and 52% had undergone surgery for treatment of cancer. The most common cancers in the surveyed population were breast cancer (40%) and prostate cancer (21%).

In the subgroups of patients receiving chemotherapy and surgery, 26% and 20% reported feeling inadequately informed about the adverse effects to expected from the respective treatments, respectively, and 36% and 34% reported experiencing adverse effects they wished they had known more about prior to treatment. 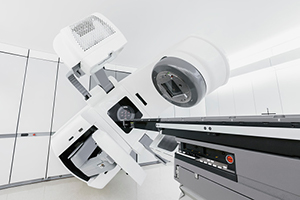 Analysis of comments solicited from respondents indicated that the most common adverse effects that respondents wished they had known more about prior to radiation therapy were skin toxicity, gastrointestinal (GI) symptoms, and fatigue. The most commonly identified adverse effects in this regard were nerve damage, GI symptoms, and fatigue in the subgroup receiving chemotherapy, and pain and nerve damage/numbness in the subgroup receiving surgery.

Across all potential radiotherapy adverse effects evaluated, most patients indicated that they did not experience a potentially anticipated adverse effect or that the adverse effect was the same as or better than expected. However, 29% and 31% of patients reported worse feelings of fatigue and changes to their energy level than expected, including reporting of worse fatigue by 35% of patients with breast cancer. Receipt of chemotherapy and surgery in addition to radiation therapy was associated with significantly greater likelihood of reporting worse-than-anticipated fatigue (P < .001), weakness (P < .002), and pain (P < .001).

The investigators concluded, “This study suggests that experiences with radiation adverse effects generally are congruent with expectations. Nevertheless, improvement of pretreatment counseling across all cancer therapy modalities seems warranted to improve informed decision-making and treatment experiences.”

Dr. Jagsi, of the Department of Radiation Oncology, University of Michigan, Ann Arbor, is the corresponding author for the Journal of Oncology Practice article.

Disclosure: The study was supported by the American Society for Radiation Oncology. For full disclosures of the study authors, visit jop.ascopubs.org.