ASH 2019: Should African American Patients With AML and Evidence of Abnormal Kidney Function Be Enrolled Into Clinical Trials?

A study of more than 1,000 patients with acute myeloid leukemia (AML) revealed that African Americans were more likely to have evidence of abnormal kidney functioning than whites, but this was not associated with any difference in overall survival. The findings, presented by Statler et al at the 2019 American Society of Hematology (ASH) Annual Meeting & Exposition (Abstract 381) have implications for the design of clinical trials, which typically exclude patients with signs of kidney dysfunction and may disproportionately—and unnecessarily—exclude minorities as a result.

“It’s important that we understand how drugs work in different patient populations in clinical trials, especially those that reflect the patients we will eventually treat with the drug,” said lead study author Abby Statler, PhD, of the Cleveland Clinic. “Designers of clinical trials can use data from studies like ours to inform future eligibility criteria in order to test drugs in more diverse populations.” 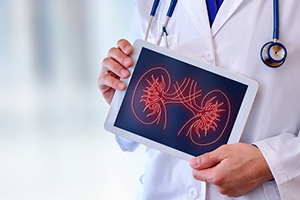 Trials often seek to enroll patients who have few comorbidities. However, because patients in racial minorities on average have more comorbidities, this practice may disproportionately exclude these individuals from clinical trials. As a result, the population of trial participants does not reflect the real-world diversity of the patient population who will ultimately receive the drug.

The researchers examined health records from 1,040 patients with AML receiving care at Cleveland Clinic from 2003 to 2019. They found no significant differences between African American and white patients in treatment approaches, rates of responsiveness to treatment, or overall survival—suggesting that treatments worked just as well in African American patients as they did in white patients.

“These findings suggest trials might be able to broaden their criteria to include patients with kidney disease without compromising the safety of the participants,” said Dr. Statler. “In doing so, we might be able to truly improve the number of patients from minority populations who are potentially eligible for trials but who would have been excluded for that reason alone.”

The study also examined markers for a variety of comorbidities including endocrine, gastrointestinal, liver, cardiovascular, and neurologic functioning. Of these, liver dysfunction was the only comorbidity that was associated with diminished survival.

Disclosure: For full disclosures of the study authors, visit ash.confex.com.