In a study reported in a research letter in JAMA Oncology, Emily Stamell Ruiz, MD, MPH, and colleagues found that rising drug costs and use accounted for 56% and 44%, respectively, of increased Medicare Part D spending on oral anticancer drugs between 2013 and 2017. 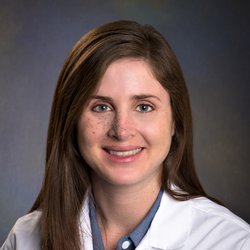 The analysis included data on 56 oral anticancer drugs from the 2013 to 2017 Medicare Part D Prescriber Public Use File National Summary Reports, which include Medicare beneficiaries in

Medicare Advantage and stand-alone drug plans. Dollars for 2013 through 2016 were adjusted to 2017 dollars.

For 2013 through 2017, drug cost per beneficiary exhibited a compound annual growth rate of 13% above inflation, increasing 66% over this period.

Overall, 13 of the 56 drugs were more expensive per beneficiary in 2017 than the most expensive drug in 2013. Changes in drug cost were greater by an average of $1.9 million per drug for 46 drugs that increased in cost vs 10 drugs that decreased in cost.

“Annualized spending on the same oral anticancer drugs more than doubled in a 5-year period…policymakers should consider capping price increases at a set percentage beyond inflation, especially given that rising use reflects increased need for these therapies."
— Stamell Ruiz et al

There were annual average declines in rate of growth of 6.7% in total annualized spending, 4.6% in drug cost per beneficiary, and 1.5% in drug use.

The investigators concluded, “Annualized spending on the same oral anticancer drugs more than doubled in a 5-year period…policymakers should consider capping price increases at a set percentage beyond inflation, especially given that rising use reflects increased need for these therapies. Further studies should assess whether costs are offset by savings from decreased inpatient or infusion therapy, the influence of price on use, and whether patient demographics correspond with use.”

Dr. Stamell Ruiz, of the Department of Dermatology, Brigham and Women’s Hospital, is the corresponding author for the JAMA Oncology article.

Disclosure: The study was supported in part by the Department of Dermatology at Brigham and Women’s Hospital. For full disclosures of the study authors, visit jamanetwork.com.