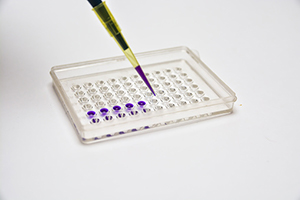 The researchers examined whether gene-expression patterns differed by race for the genes included in Oncotype DX Prostate, Prolaris, and Decipher commercial tests. All three tests are recommended by the National Comprehensive Cancer Network® Clinical Practice Guidelines in Oncology to predict outcomes in men with low- or intermediate-risk prostate cancer.

Dr. Gerke is the corresponding author for the Cancer Epidemiology, Biomarkers & Prevention article.

Disclosure: Funding for this study was provided by Moffitt Team Science, the V Foundation, Cancer Center Support to the Moffitt Cancer Center, the Cortner-Couch Chair for Cancer Research from the University of South Florida School of Medicine, Lesa France Kennedy, and the State of Florida. For full disclosures of the study authors, visit cebp.aacrjournals.org.