A study published by Wang et al in the journal Carcinogenesis has identified new factors accompanying previous findings that frequent consumption of peanuts by patients with cancer could increase the risk of metastasis. 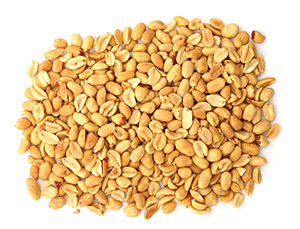 Corresponding author Lu-Gang Yu, PhD, of The University of Liverpool, said, “Although further research and investigation are still needed, these studies suggest that very frequent consumption of peanuts by patients [with cancer] might increase the risk of metastatic spread.”

“Nevertheless, the possibility remains that circulating peanut agglutinin—at least at the relatively high levels found shortly after a large ‘dose’ of peanuts, could have a significant biological effect on tumor cells circulating at that time, with a potential for increased risk of metastasis. Heavy or very frequent peanut consumption therefore might be better avoided by patients with cancer,” Dr. Yu concluded.

The possible impact of heavy peanut consumption by patients with cancer on survival will need to be investigated in further population-based epidemiologic studies.

Disclosure: This study was supported by the American Institute for Cancer Research. For full disclosures of the study authors, visit academic.oup.com/carcin.