Physical Activity and Cognitive Function Before, During, and After Chemotherapy for Breast Cancer

In a study reported in the Journal of Clinical Oncology, Elizabeth A. Salerno, PhD, MPH, and colleagues found that higher levels of physical activity before and during chemotherapy in women with early-stage breast cancer was associated with better cognitive function outcomes at up to 6 months postchemotherapy. 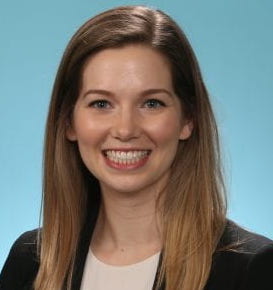 This nationwide study demonstrates that physical activity maintenance before and during chemotherapy is associated with better cognitive function immediately and 6 months after chemotherapy completion.
— Elizabeth A. Salerno, PhD, MPH, and colleagues

Patients were assessed prior to chemotherapy (T1), within 1 month postchemotherapy (T2), and at 6 months after completion of chemotherapy (T3), with controls assessed at corresponding time points. Models used to evaluate physical activity changes over time between patients and controls were adjusted for age, race, body mass index, menopausal status, cognitive reserve, anxiety, and depressive symptoms.

Patients meeting physical activity guidelines at T1 exhibited better cognitive scores over time vs those not meeting guidelines on the Functional Assessment of Cancer Therapy–Cognitive and Rapid Visual Processing scales (all P < .05), with patterns of cognitive function being similar to those in controls.

Patients with vs without greater moderate-to-vigorous physical activity levels at a previous time point had significantly better cognitive function trajectories on all measures (all P < .05) at the subsequent time point. Patients who met physical activity guidelines at both T1 and T2 had better FACT-Cognitive scores at T2 (P = .01), better cognitive recovery at T3 (P = .97 for T1 vs T3 scores), and a higher mean score at T3 (P < .01) compared with patients who did not.

The investigators concluded, “This nationwide study demonstrates that physical activity maintenance before and during chemotherapy is associated with better cognitive function immediately and 6 months after chemotherapy completion.”

Dr. Salerno, of Washington University School of Medicine in St. Louis, is the corresponding author for the Journal of Clinical Oncology article.

Disclosure: The study was supported by grants from the National Cancer Institute. For full disclosures of the study authors, visit ascopubs.org.