In a study of National Cancer Database data reported in a research letter in JAMA Oncology, Salazar et al found little difference in baseline cancer mortality rates between U.S. states that expanded Medicaid enrollment and nonexpansion states prior to expansion in 2009 and immediately following expansion in 2015. As stated by the investigators, the findings will be important to identifying the potential future impact of Medicaid expansion on cancer outcomes.

The study used data from patients with a diagnosis of lung, colon, breast, or prostate cancer to compare mortality in states that expanded Medicaid from January 2014 to December 2017 (expansion states) with that in nonexpansion states. Mortality was compared among patients diagnosed in 2009 (before the Affordable Care Act and expansion) and in 2015 (immediately following expansion and thus likely before any association of expansion with mortality risk would be evident). Survival differences between expansion and nonexpansion states were analyzed using adjusted Cox proportional hazards models. 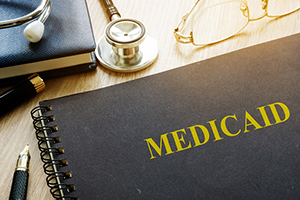 The investigators concluded, “The study results suggest that despite considerable state-to-state heterogeneity in cancer survival, there were no clinically meaningful baseline differences in cancer mortality between expansion and nonexpansion states…[The] study indicates that, overall, similar cancer care is being offered in states that did and did not expand Medicaid. Establishing this baseline is critical in accurately describing and characterizing the association that Medicaid expansion might have with cancer survival.”

Daniel J. Boffa, MD, of the Division of Thoracic Surgery, Yale School of Medicine, is the corresponding author for the JAMA Oncology article.

Disclosure: The study was supported by a grant from the National Center for Advancing Translational Science. For full disclosures of the study authors, visit jamanetwork.com.