An analysis investigating the socioecologic context of tobacco and vape shops in Los Angeles has found that vape shops are more likely to be concentrated in low-resource communities. The communities also tended to have higher concentrations of minority residents and fewer tobacco and vaping sales restrictions. The findings could help the development of initiatives aimed at a stronger licensing requirement for vape shops, as well as federal- and state-level regulations of this industry. 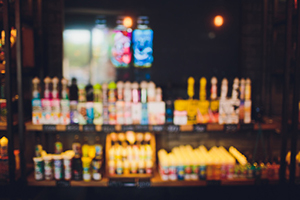 Despite a growing effort by public health officials to discourage teenagers from using hazardous tobacco products, their use of electronic nicotine delivery systems, including e-cigarettes, remains high due to direct youth targeting by tobacco and vaping companies. Electronic nicotine delivery systems, especially e-cigarettes, usually contain a fruit or candy flavor that is particularly attractive to young people and may contain high amounts of addictive nicotine.

The researchers analyzed national and local nicotine product use in young people by sex, age, and race/ethnicity to explore the socioecologic context of tobacco and vape shops via geospatial mapping with Los Angeles Service Planning Area 3, SPA 3, which serves the San Gabriel Valley of Los Angeles County. They also conducted an environmental scan of social media platforms combined with Google and Yellow Pages searches.

The researchers determined population levels from the United States Census Bureau, the 2013-2017 American Community Survey, and the California Tobacco Facts and Figures, 2019 report. They found that 13.5% of middle school students and 37.7% of high school students reported ever using e-cigarettes. The use of basic or disposable devices was associated with younger age, especially among Latinos (5% reported use in the past month compared to < 3% among other ethnicities).

The Impact of Vaping in Low-Income Communities

According to the study’s findings, sustained implementation of population-based tobacco prevention and control strategies, in coordination with the U.S. Food and Drug Administration, are critical to reducing tobacco use, including the initiation of vaping among the U.S. population, especially in ethnic minorities and youths.

In addition, the researchers found that there are associations of tobacco products marketing (including price, placement, promotion, or product availability) with a neighborhood demographic. Vape shops are more likely to be concentrated in low-resource communities with less political clout.

The conclusions “could inform initiatives aimed at a stronger licensing requirement for vape shops and federal- and state-level regulations of this industry to prevent tobacco/vape shops from targeting minority and other socially challenged groups,” concluded the study authors.

Disclosure: For full disclosures of the study authors, visit abstractsonline.com.