Cervical cancer screening rates were significantly affected in the years following the Great East Japan Earthquake of 2011, according to a report published by Miki et al in PLOS ONE.

“Conflicts and disasters, and the social isolation that often follows, have a major impact on health care and lead to delays in the diagnosis and treatment of cancers,” said first author Yasuhiro Miki, DVM, PhD, who specializes in disaster obstetrics and gynecology. 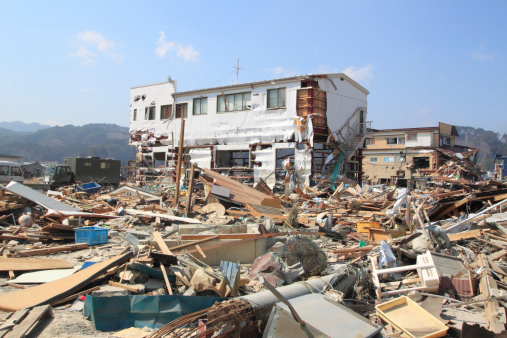 On March 11, 2011, Miyagi Prefecture in eastern Japan experienced a 9.0 magnitude earthquake, followed by a destructive tsunami that affected its coastal areas. Dr. Miki and colleagues at Tohoku University examined how the earthquake affected cervical cancer screening rates in Miyagi Prefecture.

Across Japan, approximately 15 women per 100,000 people are affected by cervical cancer. This rate is higher than that in countries such as the United States (6.5) and South Korea (8.4) and more similar to the rates seen in India (14.7) and the Philippines (14.9).

In the 5 years after the 2011 disaster, cervical cancer screenings dropped by more than 3% in four areas of Miyagi Prefecture covered by mobile van testing. In the coastal city of Onagawa, for example, cervical cancer screening dropped 7% following the disaster. Although rates improved slightly over the years, they were still 6.9% lower in 2016 compared to pre-earthquake levels. Similar trends, though less severe, were found in other areas of the prefecture; with rates significantly lower in coastal areas vs noncoastal ones.

The study authors concluded, “A delay in seeking health care, also known as ‘patient’s delay,’ is considered one of the problems of cancer treatment in affected areas. It is possible that a decrease in the cervical cancer screening rates may lead to low detection of advanced stages of cancer. Therefore, the establishment of a comprehensive medical system including medical screening after a disaster is important for the management of women’s health.”

Disclosure: For full disclosures of the study authors, visit journals.plos.org.

Longitudinal Evaluation of Functioning in Children With Retinoblastoma