What Causes Liver Injury During Treatment With Pembrolizumab

Immunotherapy as a treatment for advanced solid cancers has rapidly evolved over the past decade—often yielding remarkable results. However, its use has also given way to new adverse effects, including drug-induced gastrointestinal and liver toxicities. 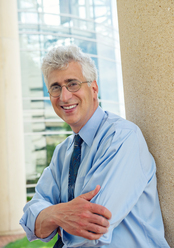 “Checkpoint inhibitors are a game changer for a lot of oncology patients with previously untreatable tumors,” said Robert Fontana, MD, Medical Director of Liver Transplantation at the University of Michigan. “However, we are now beginning to see a variety of immune-mediated side effects, including liver toxicity, which many practitioners don’t know how to diagnose or treat.”

Dr. Fontana and his colleagues performed a case study on pembrolizumab and the onset of liver injury in patients with cancer. “Our study’s goal was to determine not only the incidence of liver injury associated with pembrolizumab therapy, but also [its] cause and outcomes,” he explained. Their work was published by Tsung et al in Alimentary Pharmacology & Therapeutics.

Researchers defined liver injury as exceeding the upper limit of normal levels of serum aspartate aminotransferase (AST), alanine aminotransferase (ALT), alkaline phosphatase (ALP), and total bilirubin for an adult. Traditionally, the rise of these biomarkers can be caused by hepatitis, cirrhosis, liver cancer, and other conditions.

In addition, AST, ALT, ALP, and total bilirubin levels were measured prior to, during, and after immunotherapy.

“Manual EMR review was used to record additional data, including prior treatment with other immunotherapies or liver-directed therapies, existing tumor types, pretreatment liver imaging occurrences, liver biopsy reports, and the use of steroids,” said Dr. Fontana.

"...The predominance of cholestatic liver injury at presentation made us wonder if this really was drug toxicity versus an alternative cause.”
— Robert Fontana, MD

Seventy of the 491 (14.2%) pembrolizumab-treated patients developed liver damage at a median of 62 days, and 71.4% had a cholestatic injury profile at onset. This means that there was a marked decrease in bile flow due to impaired secretion by hepatocytes.

“The overall incidence of liver injury we observed in this large, real-world cohort is comparable to what was previously reported in clinical trials,” said Dr. Fontana. “However, the predominance of cholestatic liver injury at presentation made us wonder if this really was drug toxicity versus an alternative cause.”

During follow-up, liver injury patients were less likely to experience tumor remission and had higher mortality rates. Only 20 liver injury cases were deemed as probable drug-induced hepatotoxicity, and these patients were significantly more likely to present with a hepatocellular or mixed injury pattern, receive corticosteroids, and experience lower mortality rates during follow-up.

The poorer outcomes in the liver injury group may be related to the larger proportion of patients with hepatic metastases and other recent treatments prior to pembrolizumab, which are consistent with treating more advanced and refractory forms of cancer.

Upon further analysis, the team discovered that pretreatment hepatic metastases were the only independent baseline factor associated with the development of liver injury. They also found that only a minority of the liver injury cases were attributed to pembrolizumab hepatotoxicity, while liver cancer accounted for most of the other patients with benign or malignant biliary obstruction.

“By using validated causality assessment methods, we were able to show that less than a third of the liver injury cases were attributed to immunotherapy itself, and the remainder were attributed to tumor progression within the liver,” said Dr. Fontana.

The data suggest that a thorough evaluation of the cause of liver injury through serologic testing and contrast-enhanced imaging of the liver are important when informing proper patient care. This is very different than the traditional approach of immediately stopping therapy or empirically using steroids, as suggested in the package inserts of the drugs as well as clinical management guidelines.

“This is such a new area, that we frequently do not know what is happening in the liver itself, and therefore we advocate for liver biopsy,” said Dr. Fontana. “Patients with drug-induced liver injury from checkpoint inhibitors do not really have autoimmune hepatitis, as suggested by some early papers, but rather ‘immune-mediated liver injury,’ which can be responsive to steroids.”

Dr. Fontana added that while the actual histologic findings may vary from granulomas to steatosis to mild inflammation, liver biopsies can prove to be highly informative for establishing a diagnosis and may also provide prognostic information for future patients.

Postmenopausal Estrogen and Risk of Breast Cancer: What Is the Real Story?

Karim Fizazi, MD, PhD, on Prostate Cancer: Pain and Quality of Life in Patients Receiving Cabazitaxel vs Abiraterone or Enzalutamide