In a single-institution study reported in the journal Cancer, Hu et al found that use of a dedicated nurse navigation program contributed to redressing the recognized inequities in care and outcomes between minority patients and White patients with aggressive large B-cell lymphoma (LBCL).

As stated by the investigators: “Aggressive LBCLs are curable, but previous studies have shown inferior outcomes in [minority patients]. Nurse navigation programs can improve…outcomes by providing patient support. This study presents the outcomes of White and minority patients with aggressive LBCL at an institution with an active nurse navigation program.”

The study involved prospectively collected data on 204 consecutive patients with LBCL, including 47 minority patients (including Black, Asian, Native American/Pacific Islander patients and those of Hispanic/Latinx ethnicity) and 157 White patients, treated at the Levine Cancer Institute central location between January 2016 and June 2019. Among the 204 patients, 186 had diffuse LBCL, 14 had primary mediastinal B-cell lymphoma, and 4 had high-grade B-cell lymphoma, with no significant differences in type between minority vs White patients. 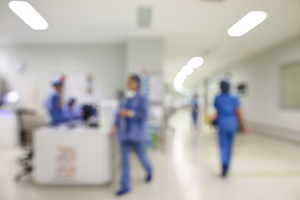 The investigators concluded: “This study shows similar survival between Whites and minorities with aggressive LBCL, which was likely due to equal access to guideline-concordant therapy. Minorities received higher-intensity navigation encounters, which may have helped them to overcome socioeconomic disadvantages.”

Nilanjan Ghosh, MD, PhD, of the Department of Hematologic Oncology and Blood Disorders, Levine Cancer Institute/Atrium Health, is the corresponding author of the Cancer article.

Disclosure: The investigators reported no external funding for the study. For full disclosures of the study authors, visit acsjournals.onlinelibrary.wiley.com.