Physicians from Carolinas HealthCare System’s Neurosciences Institute and Levine Cancer Institute are among the authors of a recent study published by Brown et al in JAMA.1 The study showed how among patients with one to three brain metastases, the use of stereotactic radiosurgery alone, compared with stereotactic radiosurgery combined with whole-brain radiotherapy, resulted in less cognitive deterioration at 3 months. These results will allow tens of thousands of patients to experience a better quality of life while maintaining the same length of life.

Anthony L. Asher, MD, FACS, Medical Director at Carolinas HealthCare System’s Neurosciences Institute and the senior author on the report, as well as Stuart H. Burri, MD, Chairman of the Department of Radiation Oncology at Levine Cancer Institute, began their research on this subject over 10 years ago. Along with Paul Brown, MD, at Mayo Clinic, they spearheaded an international, multi-institutional, randomized trial.

A total of 213 patients with 1 to 3 brain metastases were randomly assigned to receive stereotactic radiosurgery alone (n = 111) or stereotactic radiosurgery plus whole-brain radiotherapy (n = 102). The study was conducted at 34 institutions in North America; average patient age was 61 years. The primary outcome measured for the study was cognitive deterioration among patients who completed assessments at study entry and at 3 months. Other measured outcomes included quality of life, functional independence, long-term cognitive status, and overall survival.

The data from our study show that clinicians can no longer simply rely on the results of traditional lab tests or scans to assess the value of care; we have to understand the total impact of cancer therapies on our patients.
— Stuart H. Burri, MD 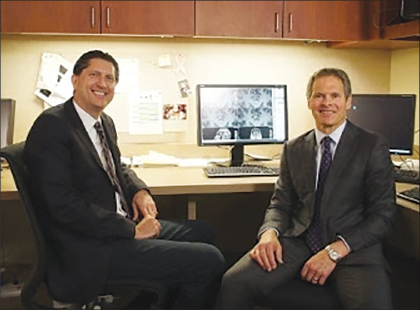 “In the past, clinicians who treated patients with brain tumors seldom used sophisticated techniques like neurocognitive tests to evaluate patients’ daily function in response to various therapies,” said Dr. Burri. “Without those tests, we might have incorrectly concluded that whole-brain radiation was a better option for patients because it made their scans look better, at least in the short term. However, the data from our study show that clinicians can no longer simply rely on the results of traditional lab tests or scans to assess the value of care; we have to understand the total impact of cancer therapies on our patients.”

Drs. Asher and Burri are working on a new method of focused therapy for tumors that have spread to the brain that combines radiation and surgery. ■

Disclosure: For full disclosures of the study authors, visit jama.jamanetwork.com.