Today, the Nobel Assembly at Karolinska Institutet announced its decision to award the 2019 Nobel Prize in Physiology or Medicine jointly to William G. Kaelin Jr, MD; Sir Peter J. Ratcliffe, FRS; and Gregg L. Semenza, MD, PhD, for their discoveries of how cells sense and adapt to oxygen availability. 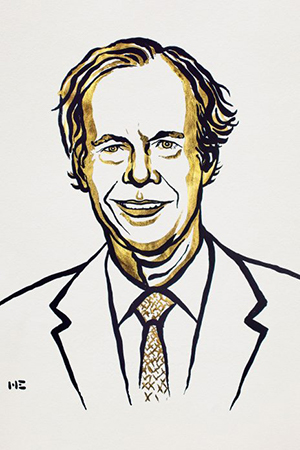 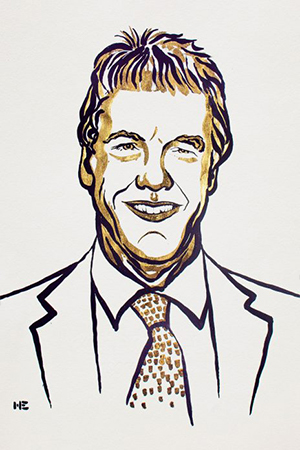 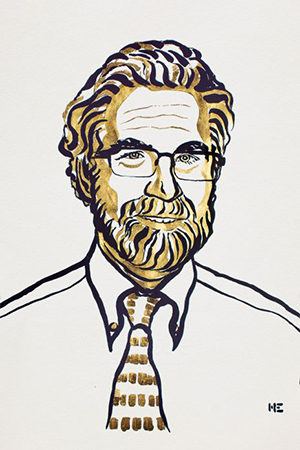 The seminal discoveries by this year’s Nobel Laureates revealed the mechanism for one of life’s most essential adaptive processes. They established the basis for our understanding of how oxygen levels affect cellular metabolism and physiologic function. Their discoveries have also paved the way for promising new strategies to fight anemia, cancer, and many other diseases.

Dr. Semenza studied the EPO gene and how it is regulated by varying oxygen levels. By using gene-modified mice, specific DNA segments located next to the EPO gene were shown to mediate the response to hypoxia. Dr. Ratcliffe also studied oxygen-dependent regulation of the EPO gene, and both research groups found that the oxygen-sensing mechanism was present in virtually all tissues, not only in the kidney cells where EPO is normally produced. These were important findings showing that the mechanism was general and functional in many different cell types.

At about the same time Drs. Semenza and Ratcliffe were exploring the regulation of the EPO gene, Dr. Kaelin was researching von Hippel-Lindau disease, which leads to an increased risk of certain cancers in families with inherited VHL mutations. Dr. Kaelin showed that the VHL gene encodes a protein that prevents the onset of cancer, and that cancer cells lacking a functional VHL gene express abnormally high levels of hypoxia-regulated genes; but that when the VHL gene was reintroduced into cancer cells, normal levels were restored.

Additional clues came from several research groups showing that VHL is part of a complex that labels proteins with ubiquitin, marking them for degradation in the proteasome. Dr. Ratcliffe and his research group then made a key discovery: demonstrating that VHL can physically interact with hypoxia-inducible factor (HIF)-1α and is required for its degradation at normal oxygen levels. This conclusively linked VHL to HIF-1α.

Many pieces had fallen into place, but what was still lacking was an understanding of how oxygen levels regulate the interaction between VHL and HIF-1α. The search focused on a specific portion of the HIF-1α protein known to be important for VHL-dependent degradation, and both Drs. Kaelin and Ratcliffe suspected that the key to oxygen-sensing resided somewhere in this protein domain.

Further research by Dr. Ratcliffe and others identified the responsible prolyl hydroxylases. It was also shown that the gene-activating function of HIF-1α was regulated by oxygen-dependent hydroxylation. The Nobel Laureates had now elucidated the oxygen-sensing mechanism and had shown how it works.

In addition to the Nobel and Lasker awards, the team earned the 2010 Canada Gairdner International Award, the Grand Prix of the Fondation Lefoulon-Delalande from the Institute of France in June 2012, the 2016 Lasker Award for Medical Science by the Albert and Mary Lasker Foundation, and the 2018 Massry Prize given by the Meira and Shaul G. Massry Foundation.