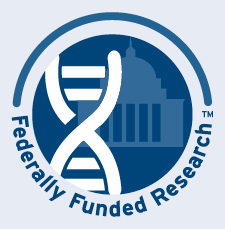 The increasing ability of molecular technologies to stratify tumor types by prognosis or response to treatment will result in many common cancers being separated into specific subtypes that may respond to drugs in very different ways.

The National Cancer Institute (NCI) recently launched “The Exceptional Responders Initiative,” a study to investigate the molecular factors of tumors associated with exceptional treatment responses of patients with cancer to drug therapies. Scientists will attempt to identify the molecular features of tumors that predict whether or not a particular drug or class of drugs will be beneficial. Investigators will examine tumor specimens from patients in clinical trials who achieved an exceptional response relative to other trial participants, or other patients who achieved an exceptional and unexpected response to a non-investigational therapy.

Why Do Some Patients Benefit?

This initiative was initially considered 2 years ago when, through the use of advanced DNA sequencing methods, the molecular basis for the prolonged remission of bladder cancer in a patient following treatment with a molecularly targeted drug in a clinical trial was determined. Researchers thought it might be possible to understand the mechanism of drug response for a relatively small number of patients in early-phase clinical trials who benefit dramatically from therapy. In the past, trials in which up to only 10% of patients had significant and prolonged responses were considered unsuccessful because it was not possible to understand why some patients benefitted from treatment and others did not.

In treating patients with cancer, unexpected and prolonged remissions following standard therapy can be observed; the reasons why certain patients experience these remissions have been unclear. If molecular markers could be developed that predict positive responses to certain therapies, even in a small subset of patients, it might be possible to more effectively choose treatment programs for individual patients.

In this study, some of the tissue and clinical data from exceptional responders will be obtained from NCI-supported trials as well as potentially other clinical trials. The remaining samples and data will come from standard therapy settings, such as community practice, where there are reliable outcome data, and from pharmaceutical industry trials or other sources. Consequently, letters of solicitation are being sent to cancer centers and other clinicians nationwide to ask them to assist in this effort.

DNA and RNA from tissue samples will be isolated at the Biospecimen Core Resource at Nationwide Children’s Hospital, Columbus, Ohio. Those isolates will then be shipped to a DNA sequencing and analysis center at Baylor University, Houston.

“The feasibility of this approach is supported by reports in the literature of relevant mutations in tumor specimens from patients who experienced an exceptional response to a drug in a clinical trial, even though that drug failed to meet the trial’s endpoint for clinical benefit,” said Louis Staudt, PhD, MD, Director of the NCI Center for Cancer Genomics, a coleader of this study.

Putting the Data Into Practice

Ultimately, clinicians would like to use this information to identify patients who may potentially respond to agents with the same or similar mechanism of action. It may be difficult to determine if abnormalities found in exceptional responders are functionally significant and whether the abnormalities actually drive tumor growth. Additionally, relevant mutations may be present in less than 5% of tumors, making them difficult to identify.

“The increasing ability of molecular technologies to stratify tumor types by prognosis or response to treatment will result in many common cancers being separated into specific subtypes that may respond to drugs in very different ways,” noted Barbara A. Conley, MD, Division of Cancer Treatment and Diagnosis, NCI, and the other co–lead investigator for the study. “The ability to identify molecular markers that are able to predict a clinical response in these subsets of patients will provide us with the tools to further advance our ability to conduct studies consistent with the principles of precision medicine.”

Building on the Data

Researchers hope other investigators will seek to build on the data generated by this study by testing hypotheses on specimens from a trial that used a particular drug, or by comparing their own dataset with the shared data. Placing the full genomic annotation of 100 cases of exceptional responders in the public domain should aid all clinicians and researchers looking for patterns in drug response.

How Can You Help?