Trying to Improve Value in Cancer Care: An Experiment 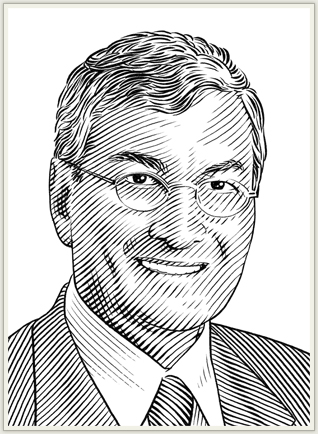 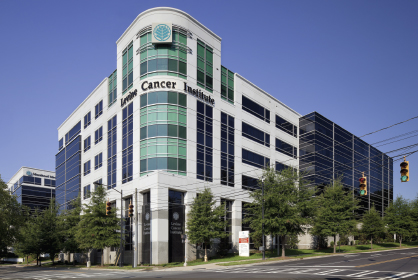 Challenge is engaging, and the sense that we are embarking as a team on an adventure that will lead to better care, outcomes, and value, rather than focusing on the litany of surrogate endpoints that politicians and health economists seek, has led to superb cooperation and esprit de corps.

One of the more significant problems in modern oncology practice is to provide increased value at a time when costs are spiraling upward, and new parameters of “success” are being introduced into the equation—most visibly, inside the Beltway in Washington, DC. Thus, oncologists will need to address the challenges of responding to the community’s evolving requirements.

At its simplest, the value proposition in health care has been defined by Michael Porter and Elizabeth Teisberg1 with the following equation: Value = Outcomes/Cost

This equation makes sense and is routinely used in planning the strategy of cancer care for our health-care system. This value proposition allows us to consider what is contributing to poor value in cancer care and allows resolution of those elements that are accessible. For example, provision of symmetrical access to high-quality care, by overcoming barriers of poverty, language, and geographical isolation while providing the key advances in modern oncology, should improve national cancer survival figures without blowing out the budget.

This philosophy contrasts with the continued reluctance of some medical institutions to accept indigent, Medicare, or Medicaid patients, thus protecting their bottom lines from loss, an approach that is unfair to the community—cherry-picking the wealthiest, most educated and robust patients (who also have the strongest health insurance coverage) may lead to partial falsification of outcomes (that is, the publication of data drawn from treatment of the “star” patients, which many politicians and community leaders may fail to understand when they nonchalantly translate the resulting highly selected data into expectations for the population at large).

A successful formula also requires easily accessible tertiary level cancer care close to home, with access to clinical trials, optimal patient support and navigation, and access to the benefits of the genomic revolution as parts of routine cancer care. It also has to be refined by the establishment of an evidence-based set of standards for diagnosis and treatment, which are routinely used by physicians.

In many major centers, outreach clinics have been established as a mechanism to provide easier intake for the health-care system, without necessarily providing key resources for consumers residing long distances from the centers. In the United States in recent times, less than 5% of patients are enrolled in clinical trials,2 and it is clear that there are significant disparities of access to high-level cancer programs.3 We are now attempting to address these challenging issues in the Carolinas.

Charlotte, the largest city in North Carolina, with a population approaching 1 million (and a referral base of around 2 million people) has not had local access to a comprehensive-style cancer center. Specifically, there has been paucity of locally available bone marrow transplant facilities and of phase I and investigator-initiated clinical trials, although the latter have been intermittently available on a small scale. Quaternary cancer services have been provided by outstanding cancer centers at Emory, Duke, Wake Forest, and UNC Chapel Hill, but have often required travel of more than 3 to 4 hours for geographically isolated patients and for those living in Charlotte who require more sophisticated cancer services.

Carolinas HealthCare System, an amalgam of more than 40 hospitals and medical centers spanning North Carolina and South Carolina, employs more than 2,000 physicians, more than 50,000 staff, and sees more than 11,000 new cancer cases per year. The system has traditionally avoided national marketing and, thus, has not been very well known beyond the Carolinas. It was logical, as the system has expanded to be one of the largest not-for-profit health systems in North America, to make the decision to establish a tertiary referral cancer center that would serve the Carolinas, and which would attempt to provide a system of cancer care closer to home contrary to the more conventional models.

To evolve the concept of the Levine Cancer Institute, we created a series of regional cancer strategy committees that linked into a central oversight team, which was charged with developing the strategy and tactics to create a center with the following 10 key features:

We have moved quite swiftly to launch these initiatives, beginning in April 2011. In addition to the planning activities working centrifugally throughout the system, we developed a plan for a six-story academic, electronic, and organizational focal point: The new Levine Cancer Institute central building—180,000 square feet of clinical, electronic conferencing, and patient support facilities—was erected and opened in just 18 months.

Of particular importance, we have created a system of programs and protocols that are available on a password-protected intranet, supported by clearly defined treatment pathways developed by our tumor-specific teams. This ensures congruence of practice by the team members with the plans of the Levine Cancer Institute, and avoids internal competition or lack of support for defined treatment and research programs.

The development of a medical staffing system that would serve the needs of the patients and our initiatives was an early imperative. Carolinas HealthCare System has been served by an extensive cadre of well-trained medical, radiation, and surgical oncologists, constituting a mixed staffing model of employed faculty and independent, practice-based physicians.

Our strategy for the system throughout the Carolinas has been to link with selected hospitals and their staffs, establishing contractual relationships with the hospital leadership and personal and professional relationships with their physicians, which included the provision of centrally controlled Levine Cancer Institute clinical trial units. Where needed, additional faculty members have been recruited from a range of other cancer centers. Academic and programmatic leadership has been drawn from National Cancer Institute–designated comprehensive cancer centers.

For the Charlotte region, we expanded our staff in two ways. First, the medical oncologists of three oncology practices that provided services for the Charlotte region hospitals were invited to join the Levine Cancer Institute as staff physicians, adding to the Blumenthal Cancer Center faculty members. Several administrative leaders were selected from these groups.

Additional clinical needs have been met by a program of active recruitment from major cancer centers. Radiation oncology services are provided by the Southeast Radiation Oncology team, whose leaders have taken on the radiation oncology leadership of the Levine Cancer Institute. Surgical Oncology services have been provided by staff physicians from the Charlotte region Carolinas HealthCare System hospitals in a relatively conventional matrix, augmented by active national recruitment, with established leaders from Charlotte retaining their seminal roles. Other specialties have been recruited in a distributed fashion across the system.

One of the keys to our success has been active engagement, which has involved many physicians in private practice within our system. For example, our initiative known as “The Flying Squad,” named after the rapid deployment police force in the inner city region of London, involves a highly mobile, specifically trained nurse and support team that can be dispatched to the home setting to assist with symptom control, routine and frequent measurement of clinical trial parameters, blood collection, and a range of other services. This program is led by a surgeon in private practice in Albemarle, NC. Similarly the Cancer Patient Navigator Program is led by a diagnostic radiologist in private practice, who has a strong interest in patient support strategies.

Hopefully the readers of this discussion will find it provocative and interesting, and may believe that the model and its 10 key features may actually change patterns of cancer care in the United States. By improving access, trial participation, quality of care, the use of structured and defined pathways that include appropriate incorporation of palliative care, and precision of outcome measurement, we believe that we will improve value for patients via the Porter-Teisburg equation cited above. This, in turn, should bring down overall costs for the population that we serve (which includes insured, Medicare, Medicaid, and uninsured patients).

None of our team is in any doubt that this will be complex and demanding, and there will be many hurdles to overcome—removal of silos, challenges of reimbursement (particularly with a health insurance industry that is itself challenged, undergoing change, and unaccustomed to innovation), maintenance of momentum and standards of clinical practice and research, and the evolution of the panoply of electronic support tools needed to foster our aims. Equally challenging is the lack of easy “fit” with the mechanisms inherent in the National Institutes of Health for funding and rules regarding programmatic oversight for a multisite cancer center.

Nevertheless, challenge is engaging, and the sense that we are embarking as a team on an adventure that will lead to better care, outcomes, and value, rather than focusing on the litany of surrogate endpoints that politicians and health economists seek, has led to superb cooperation and esprit de corps. Our ultimate goal is to improve cancer survival in the Carolinas, but it will take some time to know whether we are successful. ■