In this installment of the Living a Full Life series, guest editor Jame Abraham, MD, spoke with Masakazu Toi, MD, PhD, a clinical breast cancer expert who is keen on research that translates basic science into clinical study. He is involved in various innovative research projects on the development of new anticancer diagnostics and therapeutics, including biomarkers, novel imaging, and antibody treatment. He is currently engaged in clinical trials mainly associated with breast cancer treatment and research. Dr. Toi is Professor of Breast Surgery at the Graduate School of Medicine, Kyoto University, Japan, and Director of the Breast Cancer Unit, Kyoto University Hospital.

On his time at Dana-Farber: “Working in Dr. Eric Winer’s lab at Dana-Farber was when I decided that I wanted to pursue clinical trial work. I learned a lot from Eric, and we not only became colleagues but also friends.”

Advice to young oncologists: “First and foremost, have passion in your work, whether in the clinic or the laboratory. And always strive to maintain interest in what’s coming down the pike.”

On what he does to decompress: “I watch the professional Go game, which is a strategy board game for two players in which the aim is to surround more territory than the opponent. It’s really very interesting and certainly takes your mind off work.”

Dr. Toi was born and reared in Hiroshima. As a student in junior high school, he preferred the game of Shogi, a two-player strategy board game that is the Japanese variant of chess. His enthusiasm and proficiency at Shogi took him all the way to the national championships.

“When I was a senior in high school, my father was diagnosed with lung cancer, and he died of the disease at the age of 49, shortly after I had taken my final exams for medical school. It was then, largely due to my father’s death from lung cancer, that I decided to pursue a career in oncology,” said Dr. Toi.

Dr. Toi attended the Hiroshima University School of Medicine, which is a Japanese national university. “The medical school was close to my family home, which was a plus, as I got to visit my family quite often. I truly enjoyed university life, and along with my studies, I was an avid tennis player,” he shared.

Dr. Toi explained that when he was in medical school, there was no medical oncology department, so he decided to pursue surgical oncology. “My first mentor, Prof. Takao Hattori, was a renowned surgeon but also a formidable oncologist. He was the oncologist in Japan to administer mitomycin to patients with cancer. He was very involved in novel cancer therapy development, which certainly inspired my own desire to explore clinical research,” he noted. “Dr. Hitori always stressed that passion to treat and cure our patients was the main attribute in medicine, and I took that to heart, as surgical oncology became my passion as well.” 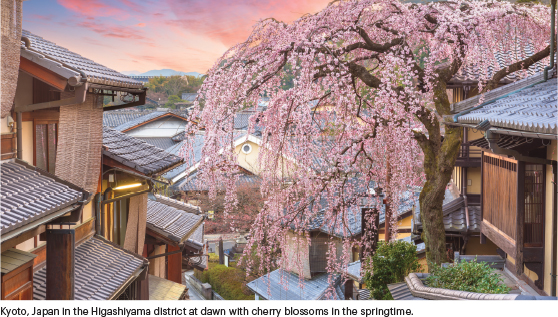 In 1982, Dr. Toi graduated from Hiroshima University School of Medicine with his MD, and in 1988, he obtained his PhD. “During this time, I read a paper by Prof. Adrian L. Harris and I wrote him, asking if I could study under him. He responded and gave me an opportunity to study with him at the Institute of Molecular Medicine of Oxford University, UK, from 1990 to 1992. It was a terrific opportunity. A new endocrine therapy had just come out, and we were very excited about the potential of hormonal therapy. Cell-cycle research was also emerging there at the time, which was very exciting, and definitely had an influence on my later career in research,” said Dr. Toi.

An Opportunity at a Busy Center

Following his stint in the UK, Dr. Toi returned to accept an invitation to work at the Tokyo Metropolitan Cancer Center Komagome Hospital, which treated the second largest population of patients with cancer in Japan. “I stayed at the hospital for 8 years, doing clinical work and translational research. I had the opportunity to work with a lot of brilliant residents, who also became my good friends. It was a robust atmosphere that certainly accelerated my career in surgical oncology and translational research,” he explained. “I became deeply curious about the expression of antiangiogenic factors and had the opportunity to study this on a large supply of human tumors. It was an exciting period in my career arc, as I was doing translational research and surgically treating patients with cancer.”

A Brief Visit to Dana-Farber and Then Back to Japan

In 2000, Dr. Toi had the chance to visit the Dana-Farber Cancer Institute in Boston and work in Dr. Eric Winer’s laboratory, which was another pivotal point in his career. “I was invited to work for a 4-month period. Although it was a great experience, I quickly realized the work I was doing and where it would lead would need more than 4 months. While there, I also had a chance to work on the clinical ward, which enriched my understanding of the translational research process. Working in the lab at Dana-Farber was when I decided that I wanted to pursue clinical trial work. I learned a lot from Eric, and we not only became colleagues but also friends,” related Dr. Toi.

When Dr. Toi returned to Japan, he led the development of the Japan Breast Cancer Research Group (JBCRG), which was relatively small, comprising six institutions, at the time of inception in 2002. “It was a great opportunity to expand the availability of cancer clinical trials. We have had a lot of success over the past couple of decades, building new partnerships with institutions and expanding our accrual rates,” stated Dr. Toi.

In 2006, the JBCRG joined the Breast International Group (BIG), a not-for-profit organization and the world’s largest international network of academic research groups. “We are involved in many multinational studies in Asia,” explained Dr. Toi. “At international meetings, we have been discussing the most significant challenges and opportunities for breast cancer research in Asia and have decided to conceive a plan of action that will also encourage the involvement of early-career investigators in clinical research projects.”

Asked about his latest work and contributions to the field of breast cancer, Dr. Toi replied: “I’ve done a lot of work with the oral fluoropyrimidines, which are an old but useful class of drugs. We recently presented on the POTENT trial, which examined outcomes associated with standard postoperative endocrine therapy with or without S-1 in patients with estrogen receptor–positive and HER2-negative primary breast cancer. The results demonstrated that this combination of S-1 with endocrine therapy may be a potential treatment option for this intermediate- and high-risk group of patients.”

Dr. Toi continued: “The expansion of the global clinical trial groups, in which Asia is playing a significant role, has truly been remarkable over the past 20 or so years. We are seeing the introduction of new agents into the breast cancer clinic at a pace we never dreamed possible when I was beginning my career.”

According to Dr. Toi, Japan’s high-quality health-care delivery system has helped the evolution of research and care; it also has facilitated the acquisition of big data, another important factor in the country’s cancer network. “Although our survivorship numbers are impressive and growing each year, we still need better data to select high-risk groups of patients for clinical trials. We are also seeing the emergence of artificial intelligence in the cancer space, which could have a significant impact on research and care.” What advice would Dr. Toi offer to young oncologists entering the field? “First and foremost, have passion in your work, whether in the clinic or the laboratory. And always strive to maintain interest in what’s coming down the pike. It is vital to be forward-looking, as this field is rapidly progressing, faster than any other sector of medicine. Moreover, it is vital to have good mentors and to join cancer societies, such as ASCO. You’ll meet leaders in the field and make friends along the way, which will be very important over the course of your career.”

What does a super-busy oncology leader do to decompress? “Like a lot of people, I loved to travel, and then the COVID-19 pandemic came so that was no longer viable. But things are changing, and hopefully traveling won’t be such a burden in the near future. I also live on the mountainside just outside of Kyoto, which is one of the most beautiful places in Japan, and do a lot of hiking, which is very relaxing. I also watch the professional Go game, which is a strategy board game for two players in which the aim is to surround more territory than the opponent. But artificial intelligence is here, and now we have games where the players can consult a robot. It’s really very interesting and certainly takes your mind off work.”