The ASCO Post’s Integrative Oncology series is intended to facilitate the availability of evidence-based information on integrative and complementary therapies sometimes used by patients with cancer. Shelly Latte-Naor, MD, and Jyothirmai Gubili, MS, explore some of the beneficial effects attributed to probiotics, the use of which has become more popular worldwide as of late, although the overall supporting evidence is limited, and larger studies are needed.

PROBIOTICS ARE live microorganisms that are believed to confer health benefits by modulating the gut flora, potentially improving digestion and immune function. They have become popular worldwide over the past 2 decades, yet they have been part of traditional diets for centuries. Culinary sources of probiotics include cultured milk products, such as yogurt and fermented foods, such as kombucha (fermented sweetened black or green tea). They are also available in the form of dietary supplements.

Current clinical data indicate the utility of probiotics in alleviating acute infectious diarrhea, antibiotic-associated diarrhea, and mild-to-moderate ulcerative colitis. They may also play a role in cancer care, as emerging evidence sheds light on how intestinal microbiota influence the outcome of anti–programmed cell death protein 1 immunotherapy in patients with cancer.1

MANY PROBIOTICS in current use contain nonpathogenic, lactic acid–producing bacteria, including Lactobacillus, Streptococcus, Bifidobacterium, Propionibacterium, and Enterococcus, or yeasts such as Saccharomyces boulardii.

In addition, preliminary findings suggest the utility of probiotics in lowering high blood pressure6 and cholesterol,7 for bacterial vaginosis,8 and for eczema in infants.9 As the role of the gut microbiome has increasingly been implicated in metabolic disorders,10 probiotics are also being researched as possible treatment options. Experiments in murine models and small clinical studies have shown the positive effects of probiotic supplementation against obesity and diabetes.11 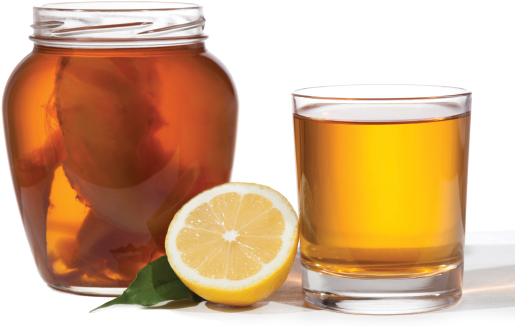 Probiotics may play a part in preventing carcinogenesis as well. An epidemiologic study reported an inverse association between the consumption of unpasteurized dairy products and incidence of colorectal cancer.12 And a systematic review of 11 studies (n = 1,557) found probiotic supplementation to be effective in reducing the severity and frequency of cancer treatment–associated diarrhea and the need for antidiarrheal medication.13 In addition, perioperative administration of probiotics resulted in fewer surgical-site infections [n = 156; P = .016]14 and improved bowel function [n = 60; P = .0268]15 in randomized studies of patients undergoing colorectal surgery.

Probiotics are thought to exert their salutary effects by reversing dysbiosis—changes in the composition or function of gut microbes associated with several chronic and degenerative diseases. Proposed mechanisms include the production of compounds that inhibit the growth of pathogenic microorganisms, along with the production of substrates to facilitate the growth of beneficial bacteria. They may also influence changes in microbiota via their interactions with the mucosal system, thereby affecting systemic immunity, and by facilitating reduction in proinflammatory markers associated with many disorders.11,16 A study conducted in a murine model of melanoma suggested that manipulating the microbiota may modulate cancer immunotherapy, by enhancing antitumor immunity in vivo through administering a Bifidobacterium strain.17

Interestingly, a single probiotic can have different effects in a population. Genes that respond to probiotic intake were found to be strain-specific18 and to cluster based on the individual, not the intervention.18,19

Additional strategies being researched to modulate gut bacteria include prebiotics and fecal microbiota transplantation. Prebiotics, such as fructans, inulin, and lactulose, are nondigestible compounds that selectively facilitate the growth or activity of useful gut bacteria. Because probiotics are short-lived, prebiotics can be coadministered to maintain their levels in the gut. The combination is referred to as “synbiotic therapy” and was found to be useful for managing irritable bowel syndrome.20 When used as an adjunctive treatment, it can also help prevent postoperative complications among adult surgical patients by reducing skin and soft-tissue infections, pneumonia, sepsis, hospital stay, and antibiotic use.21

Fecal microbiota transplantation entails administering fecal matter from a healthy donor into a recipient. Current evidence to support its use in the treatment of Clostridium difficile infection is limited.22,23

It is important to note, however, that despite probiotic supplementation, gut colonization is not always achieved.24 In another study that examined postantibiotic recovery in humans, administration of probiotics was associated with a delay in gut-microbiome reconstitution.25

BACTEREMIA IN preterm infants,26,27 a newborn,28 and a 17-year old with ulcerative colitis29; probiotic-associated pneumonia in an 11-month-old baby30; and D-lactic acid encephalopathy in a 5-year-old child31 have been reported with the use of probiotics.

Fungemia in patients with C difficile–associated diarrhea32,33; sepsis in a patient with extensive burns34 and in a patient after aortic valve replacement35; Lactobacillus empyema in a lung-transplant recipient with AIDS36; bacteremia in a patient with AIDS and Hodgkin lymphoma37; and bloodstream infection in a critically ill patient with acute pancreatitis38 have all been reported with the use of probiotics.

However, some studies have reported that probiotic use was safe in recipients of solid organ transplants and other immunocompromised hosts, and it was not associated with any systemic infections.39-41

PROBIOTICS CONTAINING S boulardii should not be taken by critically ill patients, those who are immunocompromised, and those with a central venous catheter.42

Newborns with a very low weight, clinical instability, and umbilical catheters as well as those with congenital abnormalities or stage III asphyxia should not be administered probiotics.43

HEPATIC DRUG-METABOLIZING ENZYMES: VSL 3, a probiotic formulation of eight bacterial strains, was found to alter the expression of Cyp4v3, alcohol dehydrogenase 1, carboxylesterase 2a, and multiple phase II glutathione-S-transferases in a murine model.44 Clinical relevance has yet to be determined.

For specific recommendations, the U.S. edition of the Clinical Guide for Probiotic Products, an online database, provides information and corresponding research studies supporting the use of specific probiotic strains.45 However, the guide is not meant to be interpreted as a “clinical practice guideline,” nor does it endorse companies to market health claims.

ALTHOUGH BENEFICIAL effects have been attributed to probiotics, the overall evidence is limited due to poor methodology, small sample size, variation in the species and strains of bacteria used, and also the dosage and duration of administration. Larger studies on the use of probiotics are needed. ■

37. Ledoux D, Labombardi VJ, Karter D: Lactobacillus acidophilus bacteraemia after use of a probiotic in a patient with AIDS and Hodgkin’s disease. Int J STD AIDS 17:280-282, 2006.