How to Tell Patients They Have Cancer

The following essay by Stan Winokur, MD, is adapted, with permission, from The Big Casino: America’s Best Cancer Doctors Share Their Most Powerful Stories, which was coedited by Stan Winokur, MD, and Vincent Coppola and published in May 2014. The book is available on Amazon.com and thebigcasino.org. 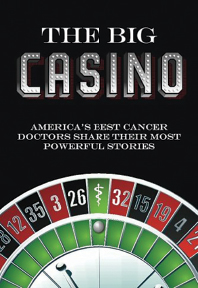 In 1967, I was a third-year medical student at the VA Hospital in Detroit. All the patients on Ward 11A had cancer. They slept in a large room that had 20 beds separated by curtains. There was one private room used for patients whose condition worsened dramatically. They were moved there to grant them a final measure of privacy.

Each day as we made rounds on the ward, we’d introduce each patient to Dr. Jack Wilson, our professor and head of the tumor service, by saying, “This is Mr. Jones. He has a ‘mitotic lesion’ of the throat and is being treated with....” We used the phrase “mitotic lesion” (which, in simplest terms, means cell division) as code words for cancer. In those days, cancer was too frightening a word to say out loud.

When new patients arrived on the ward, they heard that all their fellow patients had mitotic lesions. Most men were there for many weeks. As their conditions worsened, a few of them were moved to the private room, and they eventually died.

“We used the phrase ‘mitotic lesion’ as code words for cancer. In those days [1967], cancer was too frightening a word to say out loud.”
— Stan Winokur, MD

ONE DAY, a 24-year-old veteran, John B, was admitted for a workup on enlarged lymph nodes in his neck. On the ward, he watched how things worked for a few days, as we did a variety of tests and procedures to find out what was causing his enlarged nodes. We soon ruled out things like infection and inflammation and finally told him we needed to perform a surgical biopsy on one of his lymph nodes. We told him we hoped the problem was not serious, but that the biopsy was necessary to see if he had a tumor.

The biopsy revealed that John had Hodgkin lymphoma, which was treatable and even curable in some cases in 1967. Dr. Wilson said to me, “Stanley, come with me so I can show you how to tell the patient he has cancer. Someday you will have to do it yourself.” We walked into the patient’s room, and Dr. Wilson said, “John, the biopsy didn’t turn out as well as we would have liked. You have Hodgkin lymphoma, which is a neoplasm of the lymph system and is highly treatable.”

Dr. Wilson, believing the patient did not understand, said, “John, I want to be sure you understand. This is serious. It is a tumor condition. It is what we call cancer.”

“Doc, that’s great news,” John B insisted. “I don’t care if it’s a neoplasm, a tumor, or cancer. I’ve been here for a week and I’ve seen what happens to some of these guys. As long as it’s not one of those mitotic lesions, everything is going to be just fine!” ■

Dr. Winokur practiced community oncology in Atlanta from 1973 to 1995. He is currently Medical Director of Axess Oncology and resides in Juno Beach, Florida.