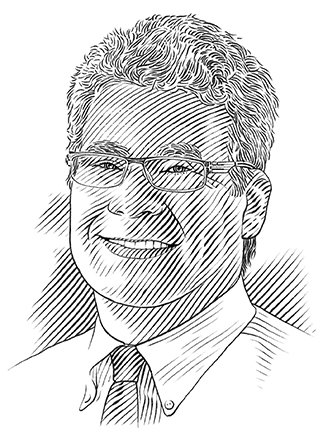 Since early death due to bleeding is now the major cause of treatment failure rather than resistant disease, strategies to decrease the early death rate are critical to increase the cure rate.

The treatment of acute promyelocytic leukemia (APL) represents one of the major triumphs in the field of hematologic malignancies. With either the vitamin A derivative all-trans retinoic acid (ATRA) combined with anthracycline-based chemotherapy or ATRA plus arsenic trioxide (Trisenox), approximately 85% to 90% of all patients can be cured of their disease if they survive induction therapy. Relapse after complete remission is achieved has become very uncommon even among high-risk patients (those with a presenting white blood cell count > 10,000/μL).

Such success is due to the convergence of three phenomena unique to APL among the subtypes of acute myeloid leukemias (AML): the availability of molecularly targeted therapy, the unusual sensitivity to anthracyclines of the leukemic promyelocytes, and the lack of primary resistance to ATRA and arsenic trioxide. Furthermore, among every other subtype of AML, new genetic mutations are constantly being identified, which influence outcome and, in some cases, treatment strategy. However, the most important prognostic factor in APL and the one that, other than age, influences treatment strategy is the white blood cell count.

The disease is characteristically associated with a life-threatening, potentially catastrophic, and complex coagulopathy, which involves disseminated intravascular coagulation, primary and secondary fibrinolysis, and proteolysis. The bleeding diathesis accounts for the majority of early deaths, which occur often within the first 24 hours after presentation to medical care.1

Since there is no inherent primary resistance to treatment, early death has emerged as the major cause of treatment failure in APL. It is now the next-to-last frontier to conquer in the effort to cure every patient with the disease. The very last frontier will be revealed shortly to those who read on.

Scope of the Problem

Cooperative group studies indicate that approximately 10% of patients with APL die early. However, such studies include patients who survive long enough to be seen in an emergency room, stabilized, evaluated, and registered for study enrollment. Population-based studies in which an attempt is made to account for every patient with the disease report that the rate of early death is much higher.

The majority of early deaths are attributable to bleeding. Such bleeding occurs most often in the brain and less often in the gastrointestinal tract and lungs. Somewhat surprisingly, infection accounts for approximately 30% of early deaths. A small percentage of early deaths are due to the unique complication of either ATRA or arsenic trioxide treatment called the “differentiation syndrome.” This is a cardiorespiratory distress syndrome manifested by shortness of breath, pleural and pericardial effusions, episodic hypotension, and acute renal failure. The early recognition of the syndrome and perhaps prophylactic steroids for high-risk patients may have decreased its incidence.

Since early death due to bleeding is now the major cause of treatment failure rather than resistant disease, strategies to decrease the early death rate are critical to increase the cure rate. First, there is some evidence, in addition to intuitive reasoning, that ATRA should be administered very early at the first suspicion of the diagnosis of APL.3 ATRA should be administered even in an emergency room based on the history, physical examination, and review of the peripheral blood smear, but only after urgent consultation with a hematologist. One should not wait for a bone marrow biopsy to be performed or for cytogenetic or molecular studies to confirm the diagnosis. Such early introduction of ATRA serves both as antileukemia therapy as well as treatment for the coagulopathy.

Second, very aggressive blood products should be given, and thresholds of 50,000/μL for platelets and 150 mg/dL for fibrinogen, respectively, should be considered. These levels should be maintained during the first few days of therapy until the coagulopathy resolves. Maintaining these levels may be as important in preventing early death from bleeding as commencing ATRA early.

Third, since the differentiation syndrome still accounts for some cases of early death, prophylactic dexamethasone—at least for high-risk patients—at the very earliest suspicion of the syndrome may be helpful. Steroids should be started before studies investigating the etiology of cardiorespiratory symptoms such as imaging studies or ­bronchoscopy.

While there are no studies proving that early steroids will decrease the incidence of the syndrome, intuitive reasoning suggests such an approach may be useful. Some institutional and cooperative group protocols prescribe prophylactic steroids for all patients. If the syndrome develops and is severe (requiring transfer to the intensive care unit, for example), ATRA or arsenic trioxide likely should be temporarily discontinued. Once resolved, ATRA and/or arsenic trioxide can be resumed, but with steroid coverage, since the syndrome can recur.

Now that the great majority of patients with APL are cured of their disease and even more patients in the future will likely be cured with the strategies above, the last frontier in APL encompasses survivorship issues. Several facts make APL conducive to survivorship studies. The median age at the time of diagnosis in APL is approximately 40 years, and therefore cured patients can anticipate many years of productive life. Patients who receive ATRA plus anthracycline-based regimens are exposed to relatively large doses of anthracyclines, and long-term follow-up cardiac studies will be important. Finally, several reports have suggested that there may be a risk of therapy-related malignancies such as myelodysplastic syndromes.

The remarkable progress made in APL during the past 25 years, since the first reports of the effectiveness of ATRA, has afforded us the luxury of studying survivorship in at least one subtype of AML. ■

Dr. Tallman is Chief of the Leukemia Service at Memorial Sloan Kettering Cancer Center and Professor of Medicine at Weill Cornell Medical College in New York.