In a multi-institutional cohort study reported in JAMA Oncology, Eitz et al found that hypofractionated stereotactic radiotherapy (HSRT) to the resection cavity in patients with brain metastases appears to be associated with an “excellent risk-benefit profile.”

As stated by the investigators, “For brain metastases, the combination of neurosurgical resection and postoperative HSRT is an emerging therapeutic approach preferred to the prior practice of postoperative whole-brain radiotherapy. However, mature large-scale outcome data are lacking.”

The international cohort study involved data from 558 patients with resected brain metastases (total of 581 resection cavities) who received postoperative HSRT between December 2003 and October 2019 at six participating centers. Patients with prior cranial radiotherapy (including whole-brain radiotherapy) and those with early termination of treatment were excluded. Patients received a median total dose of 30 Gy (range = 18–35 Gy) and a dose per fraction of 6 Gy (range = 5–10.7 Gy). 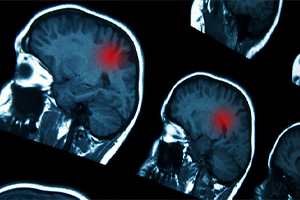 The investigators concluded, “To date, this cohort study includes one of the largest series of patients with brain metastases and postoperative HSRT and appears to confirm an excellent risk-benefit profile of local HSRT to the resection cavity. Additional studies will help determine radiation dose-volume parameters and provide a better understanding of synergistic effects with systemic [therapies] and immunotherapies.”

Kerstin A. Eitz, PhD, of the Department of Radiation Oncology, Klinikum rechts der Isar, Technical University of Munich, is the corresponding author for the JAMA Oncology article.